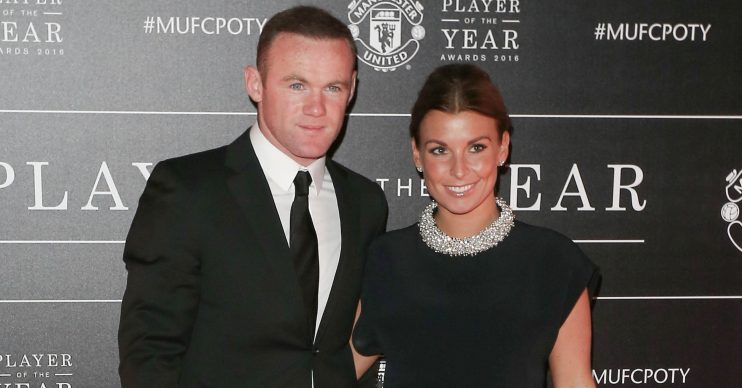 Her own five-a-side team!

Coleen Rooney is apparently keen to try for baby number five with husband Wayne as she feels it will help put the so-called Wagatha Christie drama behind her once and for all.

Coleen hit the headlines over the summer when she accused Rebekah Vardy of selling stories about her family to the papers – something Rebekah denied.

Now a source has told New! magazine that Coleen is ready to add to her brood and create her very own Rooney five-a-side team.

Apparently, now that she’s back in the UK full time, Coleen feels it’s the “perfect time” to try for another baby.

Read more: Peter Andre shuts down wife Emily’s suggestion of having another baby

“It’s no secret Coleen has wanted another baby and she feels as though a fifth child would turn the page and be a great way to start a new chapter,” the source said.

Read more: Peter Andre hits back at reports Katie Price is texting him “begging him to get back with her”

They added: “She sees this as the perfect solution. She loves being pregnant and feels that another baby would not only encourage Wayne to stay on the straight and narrow after all his boozy nights out, but it would also make people forget about the Wagatha Christie controversy.”

Gorgeous time away. Can’t wait to see my boys 💙

The couple are just back from a romantic trip to Dubai.

She feels another baby would not only encourage Wayne to stay on the straight and narrow after his boozy nights out, but also make people forget about the Wagatha Christie controversy.

The source also said that she would like herself and Rebekah to “move on” with their lives.

“Coleen feels that if she and Wayne try for another baby, people will become more interested in that and her feud with Becky will be old news,” they said.

One of the fake news stories that hit the headlines was about the star jetting abroad to try and conceive a baby girl using gender selection.

She has previously made no secret of her desire to have a little girl.

Back in 2015, Coleen said: “I’d love a girl because it would complete the family.”