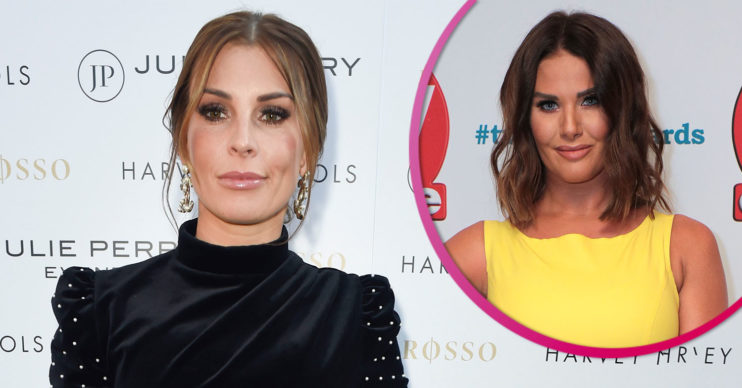 The pair were embroiled in a spat last year

Coleen Rooney and Rebekah Vardy will reportedly settle their legal row this week.

At the time, it blew up on social media and Jamie Vardy’s wife Rebekah issued a statement denying Coleen’s allegations.

She also broke down in tears on Loose Women in February this year over the trolling she received after Coleen’s accusations.

Reports then emerged claiming Rebekah threatened to sue for libel with Wayne Rooney’s wife Coleen countersuing for breach of privacy.

Now, reports claim an arbitration hearing will take place in the coming week via Zoom because of the coronavirus pandemic.

It’s reportedly an attempt to avoid a costly court battle.

According to The Sun, the legal costs are already said to be in five figures.

The women will reportedly appear at the Alternative Dispute Resolution with lawyers.

A source said: “This is a final roll of the dice to prevent a court case — but both Becky and Coleen are still as determined as ever to be proven right.

“They have both been strongly advised to reach an agreement but they’re both totally determined to stick to their guns.

“Unless they can agree to walk away, the costs are only going to continue climbing.”

Ent Daily has contacted reps for Coleen and Rebekah for comment.

Last year, Coleen rocked the social media world when she accused Rebekah of leaking stories about her to the press.

“Over the past five months I have posted a series of false stories to see if they made their way into The Sun newspaper.

“And you know what, they did!”

She added: “I have saved and screenshotted all the original stories which clearly show just one person has viewed them. It’s….. Rebekah Vardy’s account.”

Read more: Rebekah Vardy in tears as she reveals she was hospitalised after Coleen Rooney row

Shortly after, Rebekah said in a statement: “As I have just said to you on the phone, I wish you had called me if you thought this.

“I never speak to anyone about you as various journalists who have asked me over the years can vouch for.

“If you thought this was happening you could have told me and I could have changed my passwords to see if it stopped.

“Over the years various people have had access to my Insta.

“This week I found I was following people I didn’t know and have never followed myself.”