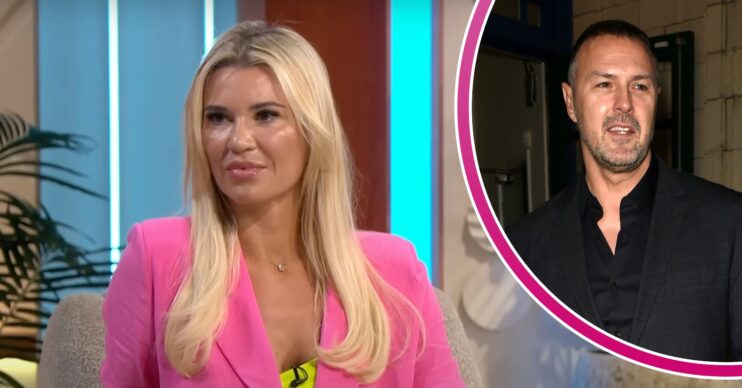 Paddy and Christine married in 2011

Christine McGuinness and Paddy‘s marriage has been the subject of much speculation over the last couple of weeks, especially after Christine confirmed it was rocky.

The couple are set to jet off on a ‘make-or-break’ holiday – and Christine has dropped a huge hint about her marriage’s future.

Paddy and Christine, as well as their three children, are set to jet off to Spain later this month.

The holiday is being described as ‘make-or-break’ for the couple, whose marriage is reportedly on the rocks.

However, perhaps things aren’t as bad as they seem for the couple – if that’s what Christine’s latest Instagram story is implying.

The 34-year-old posted a smiling selfie on her story yesterday (Thursday, July 14) for her 665k followers to see.

“Home will always be my happy place,” she captioned the snap.

She also added an emoji of a house and a red love heart too.

Christine’s hint comes after she opened up about her marriage during an appearance on Lorraine.

The model appeared on the show on Tuesday (July 12).

“Marriages just go up and down anyway, all marriages – especially long ones like ours, 15 years together,” she said on the show.

“It’s not always going to be plain-sailing. We’re trying to deal with things as privately as possible,” she continued.

“We both just want to be there to support the children and give them an amazing summer.”

The model then went on to discuss her upcoming holiday with Paddy and the kids.

“We’re really excited about it,” she said.

“They are always going to be our focus and that’s the most important thing.”

The latest updates on Christine’s marriage come after she told The Sun that they are having issues.

“We are having a very, very difficult time. I’m feeling really quite raw and all over the place,” she said.

“We’ve been together 15 years, 11 years married, we are going to have ups and downs. But this situation at the minute, I don’t want to go into it too much, but I will just say that I didn’t cause this situation.”

Head to our Facebook page @EntertainmentDailyFix and tell us your thoughts on this story.