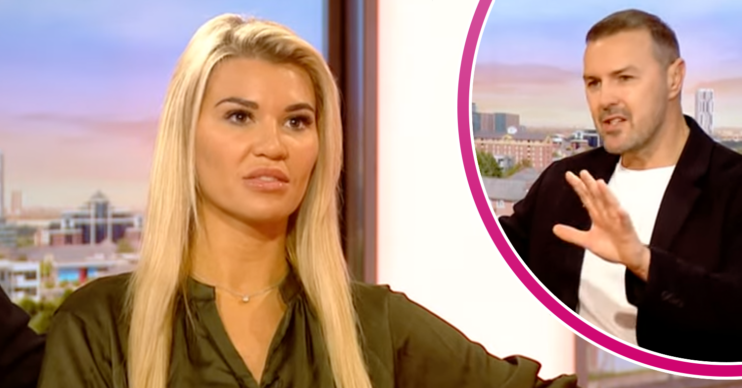 They'll 'always' be a family 'no matter what'

Paddy McGuinness and wife Christine are on the rocks, she has admitted.

Christine, who has been married to the Top Gear and A Question of Sport star for 11 years, has lifted the lid on their marriage problems.

And she said that it’s left her feeling “quite raw” and “all over the place”.

Rumours first started to surface that something was wrong between Paddy and Christine when fans speculated that he’d had his tattoo tribute to his wife removed.

However, he then showed his support to Christine over her new documentary.

Christine then broke her silence on the split rumours and admitted they had been through “difficult times”.

She then posted a series of cryptic messages on her Instagram page.

We are having a very, very difficult time. I’m feeling really quite raw and all over the place.

In one she commented: “I didn’t put us in this situation.”

Friends then claimed that the couple, who have three young children, were “trying to work through issues“.

Christine then enjoyed a night out in London without Paddy but appeared to make a statement that all was well as she was still wearing her wedding and engagement ring.

However, today a new interview has appeared in The Sun, with Christine directly addressing the rumours for the first time.

She admitted: “We are having a very, very difficult time. I’m feeling really quite raw and all over the place.”

Christine then spoke of the “ups and downs” they’ve been having.

“We’ve been together 15 years, 11 years married, we are going to have ups and downs. But this situation at the minute, I don’t want to go into it too much, but I will just say that I didn’t cause this situation,” she claimed.

Always be a family ‘no matter what’

Christine did say the couple had “grown as a family” since having children and called that “amazing”.

She also admitted that “everyone grows and changes”.

“I was a teenager when I met him and I’m a 34-year-old woman now, so I suppose what I might have put up with in the past, I probably wouldn’t put up with now and same for him,” she said.

Looking to the future, she said that “family bond” would “always be there no matter what”.

And added that you’ve “got to expect” to have “ups and downs” when you’ve “been together for so long”.

ED! has contacted a rep for Paddy for a comment on this story.