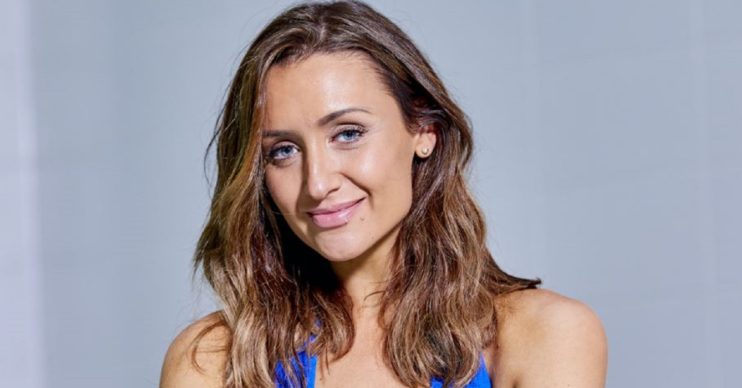 Former Scarborough co-stars entertained fans with their mucking about

Actress Catherine Tyldesley tickled her fans this weekend as she shared a funny moment between her and Jason Manford.

And to give her followers a treat, she shared a clip on Instagram of them singing together behind the scenes of the show.

She explained in the caption: “Happy Weekend! Just to make you all smile.

“This time last year. Here are me and the brilliant @jasonmanford owning the pub karaoke!

Made me smile so much.

Followers loved the video footage of the talented pair belting out Dirty Dancing tune (I’ve Had) The Time Of My Life.

But they were even more entertained seeing how Cath and Jason tried to recreate the memorable lift from the film.

And despite Jason getting down on his knees, Cath barely slumped over his shoulder before he put her down again. Her feet hardly left the floor!

Onlookers on social media loved seeing the stars mucking about and having a laugh together.

Over 100 Insta users were suitably amused to leave a remark about the spectacular dance fail, peppering the comments section with laughing emojis.

“This makes me smile A LOT,” wrote one follower.

“Haha I love this,” added another.

A third said: “Made me smile so much.”

And a fourth contributed: “Love this video. You have defo made me smile.”

Scarborough co-star Claire Sweeney also added her view on the larking about, commenting: “Mad you guys.”

But other users also found how nonchalant another pub visitor – playing pool – was about the whole thing hilarious too.

“Ha ha, the bloke in the background racking up!” one person observed.

“Love the guy on the pool table, classic!” chortled another onlooker.

And someone else added: “Bloke in the background doesn’t give a stuff!”

Sadly, it is not clear when fans might get to see Cath and Jason reunited again. Scarborough was not renewed for a second series.

Earlier this month Catherine was tipped to take over from Holly Willoughby on Celebrity Juice.

A source told The Sun on Sunday: “Cath is brilliant fun, naturally very sharp and witty, and already has chemistry with Keith as they’re pals.

“She’s also got a girl next door appeal, much like Holly.

“Producers have got a short list of around eight stars, and Cath is very much up. For her part, she has told pals she would be up for it.”