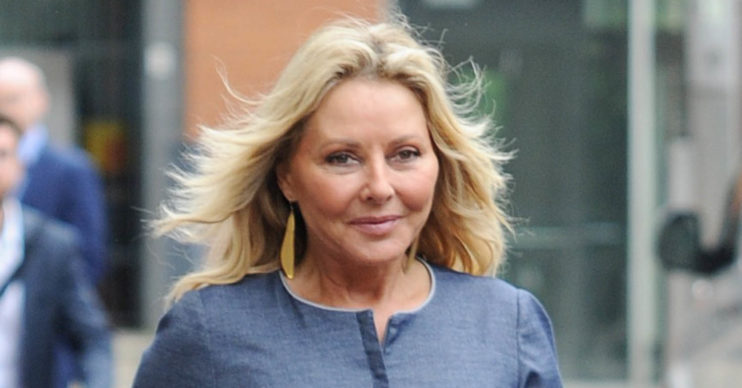 Carol Vorderman has left fans speechless as she showed off her incredible figure in a skin-tight red dress.

The 60-year-old former Countdown presenter delighted her followers as she reminisced on a series of photographs on Instagram.

In one particular snap, Carol was seen wearing a bandage style dress while at an event.

Alongside the throwback, she wrote: “Who wants to get dressed up and have a party with funny people again soon?”

Meanwhile, another shot showed Carol dressed in vintage fancy dress as she posed next to Susanna Reid.

The pair previously attended Goodwood Revival back in 2015, where the photo was originally taken.

She also posted a third glamorous snap of herself in a tight-fitted orange dress and wavy blonde hair.

The TV star captioned the picture: “I had blonde hair last time I went out.”

What else has Carol been up to?

Meanwhile, it comes shortly after the mum-of-two revealed she has been “inundated” with messages from online admirers.

The presenter joined celebrity dating app Raya “for a laugh” and her inbox was soon flooded with messages.

She told The Sun she made it clear she wasn’t looking for anything long-term and revealed she only stayed on the app for a short period of time before realising it wasn’t her “scene.”

Read more: Mark Labbett admits to having a soft spot for Carol Vorderman after split from wife

Carol revealed: “A mate of mine said it would be a laugh. A lot of LA people made contact, men and women funnily enough, but it’s not my scene.”

In addition, she shared: “I’m quite happy with my usual way of doing things. But life is never dull.”

Furthermore, Carol previously admitted she is “very happy” being single.

She said: “I am very happy. I have no complaints.

“I am not dating anyone, I have special friends. Plural.”

However, she recently raised eyebrows over her friendship with The Chase star Mark Labbett.

The Chaser recently revealed he has been “getting on really well” with Carol following his split from wife Katie.

He told The Sun: “I will tell you who I’m getting on really well with, and we love having a chat — Carol Vorderman.

“She’s great fun to be with. She looks fantastic, you’d never know she was 60.”