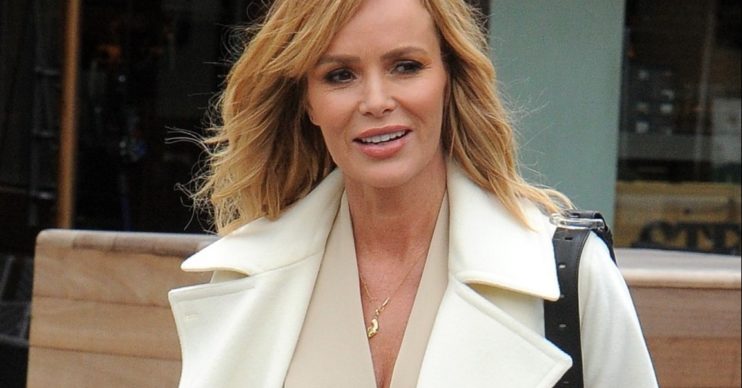 National treasure said it was a mistake

Captain Tom Moore may be 100 but he still has an eye for the ladies.

The national treasure, now an honorary colonel, appeared on Amanda Holden’s radio show and did not miss a chance to flirt with the presenter.

But while he might be an admirer of Amanda, he let slip that she is not the first to catch his eye.

Tom was appearing on the Heart FM show Amanda hosts along with Jamie Theakston.

Things started well, as Amanda told Tom she had missed him – and Tom said he felt the same.

But then Jamie said: “You’re being nice and friendly to Amanda, but you were on television yesterday morning with Piers Morgan and Susanna Reid.

“And Piers asked you who your favourite was.”

He then played a clip of Good Morning Britain.

It showed Piers asking: “Who does Tom fancy more – Susanna or Amanda Holden?”

Susanna protests in response: “You don’t have to answer that question!”

Wisely, Tom answers: “Susanna’s here, so it must be Susanna.”

Back on the Heart show, Amanda and Jamie began shaking their heads.

“Tom, Tom, you broke my heart with that comment,” Amanda joked.

However, old charmer Tom managed to claw things back.

“Amanda, it was a mistake in transmission,” he said. “The wrong name got across.”

Amanda told him she was relieved. “It’s that naughty Piers, he puts so much pressure on politicians, and now you.”

Then she added that she was “thrilled” to hear that their love still exists.

“Tom, is it difficult to juggle two girlfriends at the same time?” Jamie cheekily added.

But Tom had an answer that was just as cheeky.

“You’re not allowed to ask me that, that’s a private matter,” he hit back. Touche!

Tell us what you think of this story by heading to our Facebook page @EntertainmentDailyfix and leaving a comment.