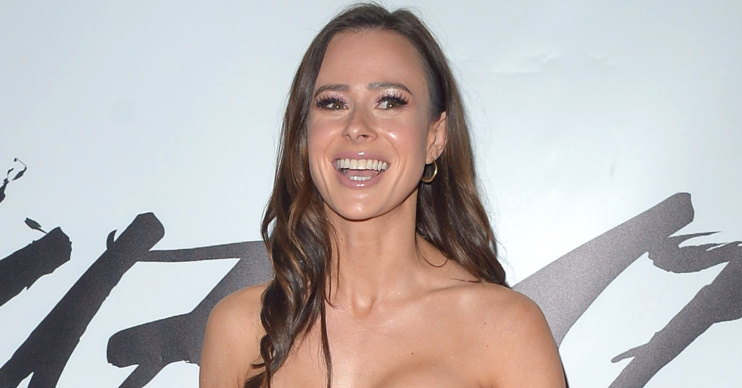 The reality star opened up on the struggles of pregnancy

Former Love Island star Camilla Thurlow has given fans a glimpse of her growing baby bump for the very first time.

The 30-year-old showed off her perfectly rounded tummy in a floral minidress.

However, things weren’t quite as idyllic as they seemed in the pretty picture.

Camilla looked glowing as she cradled her growing bump.

Standing in front of a rose bush, she admitted the shot wasn’t the easiest to capture as her body continues to change.

She said: “I’ve managed to rip two dresses in two days, so I’m very happy this favourite is still hanging on… by a thread 😊 🌸 #21weeks.”

On Instagram Stories, Camilla posed from the side as she shared an outtake from her garden photoshoot with boyfriend Jamie Jewitt.

The star revealed the photo was to give “some context to my recent feed post”.

She wrote: “I am very lucky that @jamiejewitt_ is a patient and helpful photographer.”

Camilla and her boyfriend Jamie are set to welcome their first child together in October.

I’ve managed to rip two dresses in two days, so I’m very happy this favourite is still hanging on… by a thread!

The couple revealed their happy news in a video on Instagram last month, which saw Camilla hand a piece of paper to Jamie.

He cheered before turning the paper into an aeroplane.

The star then pretended to throw the picture to family members, who seemingly passed it across to one another.

And it appears fans are just as excited for the pair, with one commenting on Camilla’s recent snap: “Best Love Island couple finally having a bubba. Just what I wanted to see.”

Another added: “Awww so beautiful! Enjoy every precious moment, even when you can no longer see your feet, enjoy!”

Camilla has previously admitted she considered taking her own life after being “trapped in a negative spiral” of anxiety and depression.

The star continued: “You start to entertain thoughts about what not being alive would be like. Even if it’s just letting that cross your mind or whether it becomes a more serious thought pattern.”

She also admitted to a “constant feeling of unease”.

“It starts to become unbearable to be inside my own head all the time.”

She concluded: “But when life becomes unbearable like that you do start to think in a different way, it starts to change the way you look at everything.”

Everything’s about to change in a good way for fan-favourite Camilla now as she looks forward to becoming a mum.

Not least her wardrobe if she continues to rip her clothes!