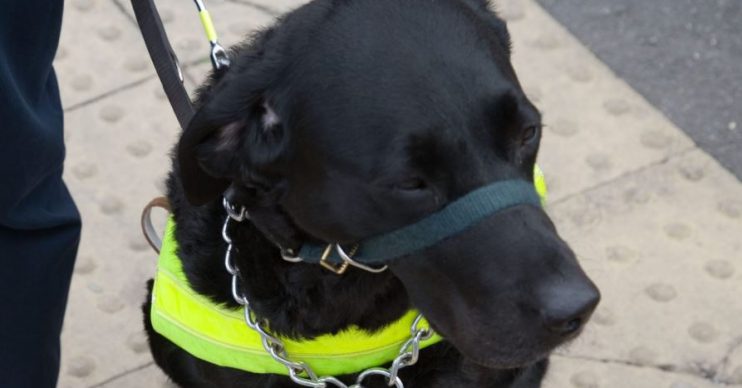 The bus company has apologised

Police were reportedly called after a bus driver refused to let a blind woman get on with her guide dog.

Louise Pearson and her devoted pooch, Arthur, were trying to board a bus in Greensborough, a suburb of Melbourne in Australia’s Victoria state, when she was told by the driver that no dogs were permitted on the vehicle.

Speaking to Melbourne’s 3AW, she said: “I stepped onto the bus and said, ‘This is a guide dog’.

According to reports, another passenger then informed the driver that Louise is a regular on the route as she takes it to work. But the driver allegedly insisted that dogs weren’t allowed.

Speaking on air, Louise said: “We’ve been sitting here for the last 50 minutes because he says it’s not a guide dog.”

The stalemate turned into a standoff that lasted for an hour, leading the driver to call the police.

And when officers turned up, they offered to driver Louise to work but she stood her ground and insisted on taking the bus.

Under pressure from the cops, the driver eventually gave in and let Arthur on board.

Louise said: “I can’t believe in this day and age that we have this sort of nonsense going on. I’m totally blind. I’m just trying to go to work!”

In a statement released to 3AW, the company running the bus service, The Dyson Group, put it down to “driver misunderstanding”.

The firm told the radio station: “The Dyson Group was made aware of an incident this morning where a passenger with a guide dog was prevented from traveling on one of its buses. While the company continues to investigate the incident, it does appear that it was caused by a driver misunderstanding.”

Read more: Sainsbury’s bans the sale of fireworks in all of its stores due to welfare concerns for pets and the elderly

The statement went on to apologise “unreservedly” caused to Louise and other passengers. It also revealed the company was reviewing its driver education programmes.

Under Victoria’s laws, guide dogs are permitted on all forms of public transport.

On its website, charity group Assistance Dogs UK says: “Guide dog and assistance dog owners have important rights under the Equality Act 2010, [which] provides for people with disabilities to have the same right to services supplied by shops, banks, hotels, libraries, pubs, taxis and restaurants as everyone else.”