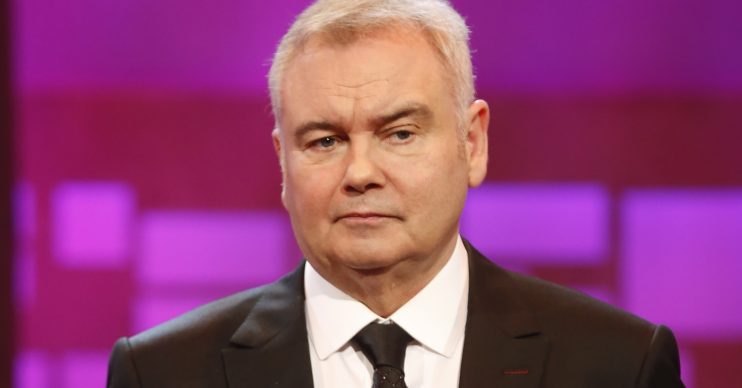 TV’s Eamonn Holmes had to help his beloved pet dog through a tough weekend as Bonfire Night looms.

The This Morning presenter, 59, posted a filtered snap of himself cuddling the pooch he shares with his co-host and wife Ruth Langsford, telling fans it pains him to “see animals so frightened” of the fireworks.

He wrote in the caption: “Just as she gets through her physical battles this past fortnight… along come the #fireworks.

“Had to hold Maggie close this weekend. Hurts to see animals so frightened.”

Eamonn’s followers rushed to comment on the snap. Some shared their own experiences with terrified pets, while others offered advice on helping dogs through what is often a traumatic time for them.

One said: “Poor Maggie. My Millie was terrified too. She spent most of Halloween night in the cloakroom in the dark, lying in a sports bag shaking. Heartbreaking to see. Delighted Halloween is over for another year.”

Just as she gets through her physical battles this past fortnight…

Someone else wrote: “Silent fireworks is a thing. It needs to be brought in. What we are doing to these precious souls is animal abuse, no less, Eamonn.”

Another put: “I agree. I turn the TV on. Try stay with them. Try cover the noise. Try to get them used to the noise like guide dogs and police dogs from day one.”

“Bless her,” commented a fourth, adding: “And bless you both too for loving her so much.”

A fifth said: “Mine has to have blankie snuggles on the sofa, she hates them and it’s not even that bad where we live. Organised displays only should be the way forward. ”

It sounds as though poor Maggie, a Collie cross rescue dog, has had a rough few weeks.

Last month, Eamonn and Ruth had fans concerned after revealing that the pooch had a health worry.

They took her to the vets after discovering she had sustained an injury that required medical attention. She even needed to wear a protective cone to stop her from licking it.

Read more: Eamonn Holmes reveals the Queen ‘laughed’ at him during OBE ceremony

But just a week later, poor Maggie was back at the vets again after jumping out of a car.

Eamonn wrote alongside the heart-wrenching snap, which showed the dog looking up at him with sad eyes: “Honestly Mags, I don’t want to be here either. Waiting in the Vet’s Hospital. Looks like a dislocated shoulder. Poor Mags.”

What do you do to help your pets through Bonfire Night? Leave us a comment on our Facebook page @EntertainmentDailyFix and let us know.