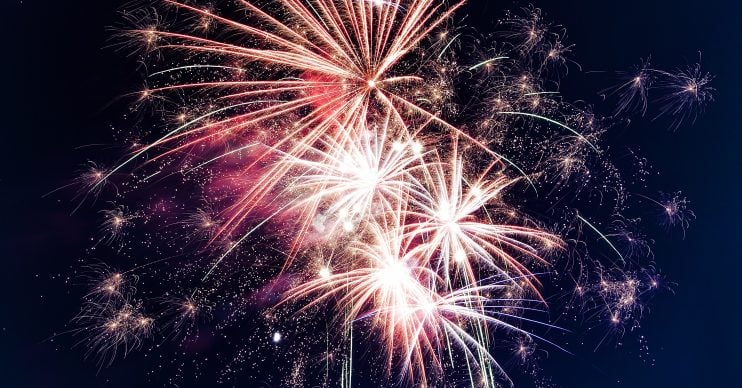 And the Great British public couldn't be happier!

Supermarket giant Sainsbury’s has announced that it has banned the sale of fireworks in all of its 2,300 stores.

A spokesperson revealed the store had made the decision due to welfare concerns for the elderly and pets.

The store had traditionally stocked fireworks ahead of Diwali and Guy Fawkes’ night.

“Fireworks are no longer available in our stores,” a Sainsbury’s rep said.

They added: “Customers can continue to choose from a range of seasonal products, such as glow sticks and light up spinning wands.”

In the UK, it’s illegal to set off fireworks between the hours of 11pm and 7am – except on occasions such as New Year’s Eve and Bonfire Night.

The move has been welcomed by shoppers and charities, with the loud bangs and flashing lights often distressing for animals and older people.

Read more: Ant and Dec meet the Guide Dog puppies that are named after them

Hi there, I’m really hoping I’ve heard correctly and Sainsbury’s are not selling fireworks this year? My son was a victim of firework misuse on his bus last year! Therefore if this news were true I’d be delighted and commend you!!! Thank you

Confirmed the news on Twitter, Sainsbury’s said they wouldn’t be “selling fireworks in any of our stores this year”.

A spokesperson for the Dogs Trust welcomed the news and said: ‘We congratulate Sainsbury’s on their decision not to sell fireworks this year and would encourage others to do the same.”

We congratulate Sainsbury’s on their decision not to sell fireworks this year and would encourage others to do the same.

They added: “Although they can look beautiful, fireworks can be very distressing for dogs when let off unexpectedly.”

The rep continued: “To reduce the distress caused to dogs we would like their use restricted to licensed public displays, which are well publicised. This will enable owners to take steps to prepare their dogs ahead of any fireworks events.”

Shoppers also commented on the news, with many welcoming the ban.

@sainsburys Have to say well done & thank you. Been informed local branch #Stanmore won’t b selling fireworks this year due 2 the distress it causes our pets & wildlife. Any other stores doing this? Can’t thank you enough as my dog is beside herself with fear at these times. 👏🏻👏🏻

@sainsburys @CAMarthritis Let’s all get behind Sainsbury’s and support their ban on selling fireworks for the sake of our pets, the elderly and wildlife. Thank you and well done Sainsbury’s ❤️

Some people asked the other big supermarkets what their plans were and if they would be banning the sale of fireworks too.

Dear @Tesco. What is your stance on #fireworks this year? I hope you’ll be following @sainsburys exemplary lead in not selling them? Until then, I will be shopping with Sainsbury’s @FireworkFAB

This is fantastic news Sainsbury’s. Very impressed and grateful at your stance on the sale of fireworks. Now the rest need to follow suit. 👏👍

Well done @sainsburys 👏
I dread this time of year for Our poor wildlife, animals & also dogs on the streets!!
Let’s hope the great action of Sainsbury’s will catch on around other stores!
Was concerned to see my local @Morrisons with a full display out already! #BanFireworks https://t.co/UmC9oN0lT1

What do you think of the ban? Let us know on our Facebook page @EntertainmentDailyFix.