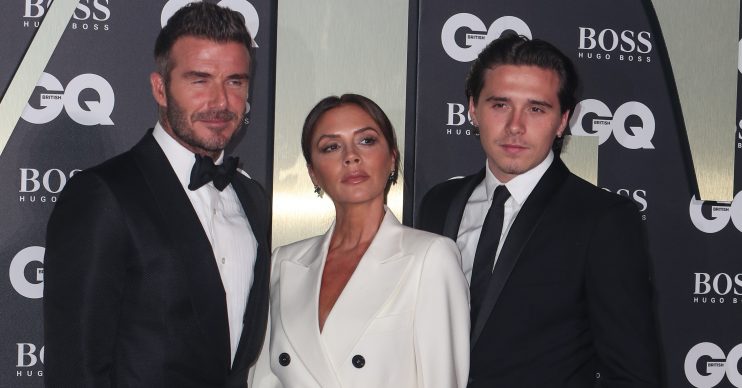 Brooklyn has apparently moved on from his ex Hana Cross

Brooklyn Beckham and his model girlfriend Hana Cross reportedly split up over the summer.

And new reports are linking Brooklyn, 20, to actress Phoebe Torrance, 25, who reportedly once worked as a Victoria Beckham lookalike.

A source told The Sun that Brooklyn’s friends have already mocked him on how similar Phoebe looks like his Spice Girl mother.

The source said: “Bizarrely though, from a certain angle she does look terrifyingly like his mother, Victoria.

“A few of his friends have teased him about it but Brooklyn is adamant that there is nothing ‘Oedipal’ about it – or words to that effect.

Is it fast enough so we can fly away #35mm

“But Phoebe told pals that she actually did a few jobs as a Victoria lookalike in her early modelling days, the money of which helped fund her university course.

“Presumably she never thought she might one day meet her idol.”

It is unknown how the pair met, but they are rumoured to have already gone on a string of dates and were reportedly spotted at the VIP room of exclusive London club Wellington.

Phoebe is the daughter of Ryder Cup golf hero Sam Torrance, and already has over 38,000 followers on Instagram.

She is following both Brooklyn and his younger brother Romeo, 17, on the social media platform.

According to her IMDB page, her acting roles include appearing on an episode of the television series Friday Night Dinner and starring in horror movie Mandy the Doll.

Brooklyn had previously been linked to model Hana Cross and they dated for an estimated nine months.

Hana, 21, had numerous reported public rows with Brooklyn and it is believed they split over their bickering.

They were reported to have had a public row while attending the Cannes Film Festival that go so heated, security were forced to physically break the pair up.

Brooklyn is Victoria and David Beckham’s first child, and works as a professional photographer.

Do you see similarities between Victoria and Hana? Tell us what you think on our Facebook page @EntertainmentDailyFix.