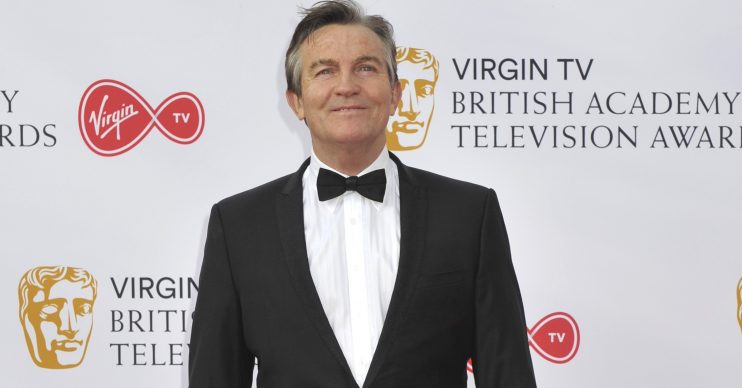 Bradley will leave the sci-fri show after the Christmas special

Bradley Walsh is reportedly set to quit Doctor Who after two years starring in the hit BBC sci-fi show.

Bradley, 59, along with co-star Tosin Cole, 27, will apparently leave Jodie Whittaker’s Time Lord to battle against the Daleks on her own.

Read more: Doctor Who viewers are all saying the same thing about Bradley Walsh as BBC fave returns

The exit storyline for Bradley and Tosin, who star as Graham and his step-grandson Ryan, is yet to be confirmed but policewoman Yaz, played by Mandeep Gill, and Jodie Whittaker are confirmed for the next series.

A source told the Mirror: “Two years is a long time in the world of Doctor Who. Yaz will be back but Christmas will be the last outing for Ryan and Graham.”

Ent Daily has contacted reps for Bradley for comment.

Read more: The Chase’s Bradley Walsh accused of being ‘harsh’ after ‘confusing’ I’m A Celebrity question

Bradley hinted at his exit before the last season, saying he was finding filming Doctor Who tough.

It’s hard. It’s relentless. It really is. This ain’t an easy gig.

He told The Mirror: “We have great fun doing it. But you must sleep and look after yourself, because if you don’t, you will come unstuck.

Bradley already has a busy schedule.

The comedian hosts gameshow The Chase as well as ITV travel show Breaking Dad with his son Barney.

He also is working on a BBC entertainment series, Take Off, alongside This Morning presenter Holly Willoughby.

The last season of Doctor Who finished on a cliffhanger with the Doctor’s fate in the Great CyberWar left unknown.

Viewers will have to wait until the festive special, entitled Revolution of the Daleks, to find out what happens next.

Showrunner Chris Chibnall told the Daily Mail: “There will be Daleks. There will be exterminations. Thrills, laughter, tears. You know. The usual. See you at the end of the year.”