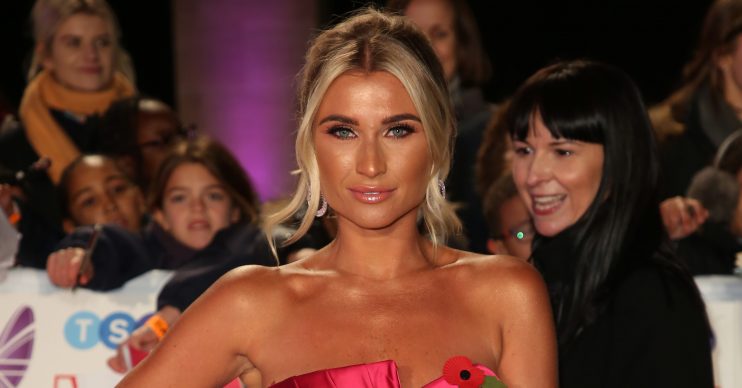 Billie Faiers mocked by fans for having yet another holiday

The reality star is flying off somewhere again

After her lavish Maldives wedding earlier this year, you’d think Billie Faiers would be tightening those purse strings.

But fans were shocked to see the TOWIE star heading on yet another holiday this week, with many of them mocking her for needing “another break”.

Beside a picture of her two young children, daughter Nelly, four, and son Arthur, two, at the airport, the reality star wrote: “We outta here…”

Billie and her new husband, Greg Shepherd tied the knot with a lavish ceremony earlier this year in the Maldives, followed by an extended honeymoon. Three weeks later, the Mummy Diaries star also headed away with family on another trip abroad.

And her two million followers seemed fairly unimpressed, with one writing: “Us mere mortals have to wait for that 1 holiday a year.”

Another wrote: “Must be amazing to go on holiday so much.”

A third said: “Another holiday, so jealous!!” A fourth added sarcastically: “Awww in need of another break??? Poor didums. Must be so hard.”

Others were a bit more generous, simply wishing them a nice time. One commented: “Safe travels,” while a second wrote: “Have a fab holiday.”

A few even defended the family, writing: “Why are people giving [bleep] comments because they’re on hols again? That’s their own business and they work and pay for it so why not? If can afford it then treat your kids to as many holidays.”

One more blasted: “See how everyone has to comment on how much they go away, it’s nothing more than pure jealousy, get over yourselves.”

It comes after This Morning’s Phillip Schofield questioned Billie on the cost of her wedding.

During the interview he said: “My God, you must be earning beautifully to be able to do this. This is the Kuramathi resort in the Maldives. So we had a look, if you were to stay there next Saturday it would be £650 a night.

The 29-year-old later slammed the veteran presenter as “rude” but said she was willing to forgive him.

Meanwhile, Billie’s sister Sam has enjoyed at least FIVE holidays this year, after recently jetting off to Cannes. She’s also been away to Turks and Caicos, the Maldives twice, and Dubai.

Let’s face it, we’d all love to be on holiday this much! We just need a beach out back and a return of that heatwave…

What do you think of all their holidays? Leave us a comment on our Facebook page @EntertainmentDailyFix and let us know what you think.