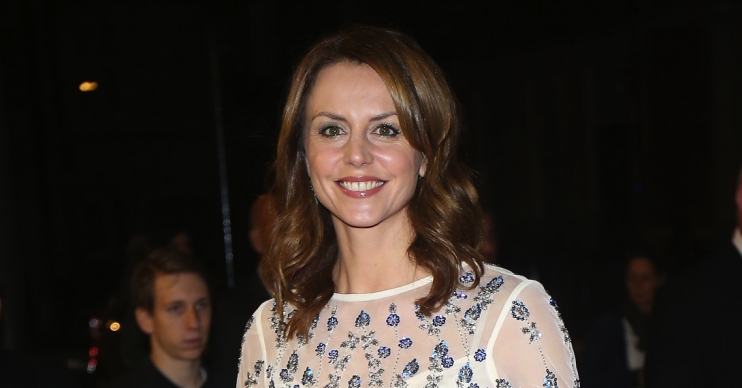 She's found happiness with a man 14 years her junior

TV and radio presenter Beverley Turner has opened up about her relationship with toyboy lover James Pritchett – and while doing so, appeared to take a swipe at her ex-husband James Cracknell.

After her 17-year marriage to Olympian Cracknell, 47, ended last summer, Beverley hooked up with eco-property developer Pritchett – who, at 32, is 14 years her junior.

And in a new interview, she insisted that the “grass is greener” with her new man, who she describes as a “domestic god”.

Mum-of-three Beverley, who completed her divorce from Cracknell in July, told Good Housekeeping magazine: “The universe has sent me a wonderful new partner via a mutual friend.

“It turns out that not only is the grass greener, it’s also softer, quieter and I am enjoying lying upon it, feeling the sunshine on my skin and watching the horizon with excitement – not fear.

The universe has sent me a wonderful new partner via a mutual friend.

“He happens to be a domestic god 14 years my junior, who built a surprise vegetable patch in my garden when I was on holiday with the kids, created an outdoor cinema screen and replaces light bulbs on the day he notices that they’re blown.”

In an interview back in September, Cracknell blamed himself for the break-up of his marriage to Beverley.

The rowing legend suffered a personality-altering brain injury in 2010 after his bicycle was hit by a lorry while he was filming a documentary in Arizona.

And he suggested that the effects of the injury had taken their toll on Beverley.

He told the Mail on Sunday: “I would have left me a long time before we split. I don’t think I would’ve stuck it with me as long as she did.

“Bev had it really hard. She had one husband for the first eight years we were married, and a very, very different one for the rest.”

Read more: Madonna has met her 25-year-old toyboy’s parents and said ‘I love you’

However, shortly after their split, Beverley paid tribute to the Olympian on Instagram, insisting that they were still friends.

In a candid post, she told her followers: “James is a truly remarkable man and we have three cracking kids to show for our almost 19 years together.

“We are both happily moving forward and I’m off out on the lash while he stays at home with the kids.”

Beverley is not the only one who’s moved on from the marriage – Cracknell is now dating American financier Jordan Connell, 34.