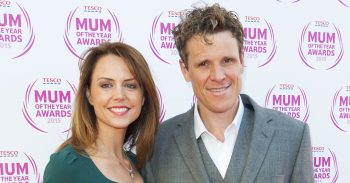 Former Olympian James Cracknell became the oldest person ever to win the Boat Race over the weekend.

The 46-year-old rowing champ might have stormed to victory in the annual Oxford vs Cambridge competition on Sunday (April 7th), but his estranged wife has blasted his achievements and claimed he put his career before his family.

The pair confirmed last month they had decided to part ways after more than 16 years of marriage.

Following his boat race win, a number of famous faces heaped praise on James for winning such a prestigious sporting competition in his 40s, including former Countdown star Carol Vorderman.

Ben Fogle, a friend of James, told the BBC: “This is the start of another chapter in his life.

And according to The Scotsman, fellow former Olympian Matthew Pinsent called James’ achievement “off the scale”, adding: “It’s extraordinary that he’s got himself into the shape, at 46, of a 24-year-old. I only know one person who could do that, and it’s James.”

But speaking to The Times, his wife Beverley Turner said: “James has spoken publicly about this latest feat, demonstrating to his children you can do anything you set your mind to.

Beverley also revealed how James would leave her alone on family holidays to exercise at the gym or do work on his laptop, and claimed she would get so frustrated she would sometimes silently scream in the shower so their children wouldn’t hear.

ED! has reached out to James’ reps for comment.

Beverley and James have three kids together – son Croyde and daughters Kiki and Trixie.

Despite her comments, she admitted she watched the race with the children.

She even congratulated him on Twitter shortly after his victory with the Cambridge team, although she did hint at the role she played in his success by writing in the caption: “Behind every great man an’ all that.”

Beverley and James married in 2002 but confirmed in March it was over between them – and that they actually broke up some time ago.

They wrote in a joint statement: “We can confirm that sadly we separated last year.

“Together, we remain committed to our amazing children, they are our absolute priority and wish people to be kind and mindful of this.”

In 2010, James was on the cycling leg of an attempt to cycle, row, run and swim from Los Angeles to New York in 18 days when he was hit from behind by a heavy vehicle and received a devastating brain injury.

Beverley was instrumental in helping to nurse him back to health.