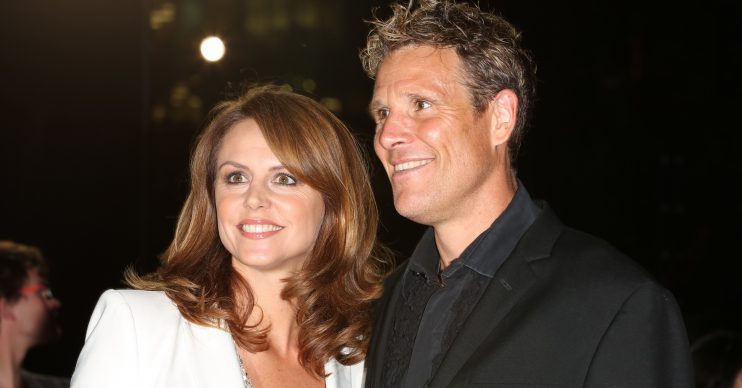 A family court judge has officially brought the marriage of TV presenter Beverley Turner and Olympian James Cracknell to an end after 17 years together.

The pair were granted a decree nisi by district Judge Anne Hudd during a hearing at London’s Central Family Court earlier today (July 8), according to the Daily Mail.

While the decree nisi is in place, their marriage will not formally end until a decree absolute is granted.

Judge Anne Hudd reportedly said at the hearing that it could be given in August.

Read more: James Cracknell ‘wants to do Strictly after splitting from wife who banned him from doing show’

It is understood that neither Cracknell, 47, or Turner, 45, were present at the hearing. ED! has contacted Cracknell’s reps for comment.

The rowing champ became the oldest ever winner of the university Boat Race in April, when he helped the Cambridge team to victory over their rivals at Oxford.

Shortly before the race, he announced that his marriage with Turner was over.

They had tied the knot at Clearwell Castle in Gloucestershire in 2002.

Cracknell bagged gold medals for Britain at the 2000 and 2004 Olympics, before announcing his retirement from competitive rowing in 2006.

Four years later, he cracked his skull and suffered a brain injury in a cycling accident.

According to reports, court paperwork revealed that Turner wanted a divorce on the grounds of unreasonable behaviour, in an application that Cracknell did not oppose.

The judge concluded that Turner could not reasonably be expected live with Cracknell.

But in an interview with The Times, Turner blasted the athlete for shirking “familial responsibilities”.

She told the paper: “James has spoken publicly about this latest feat, demonstrating to his children you can do anything you set your mind to.

Last month, it was reported that Cracknell was interested in doing the next series of Strictly Come Dancing – but had been banned from participating in the show.