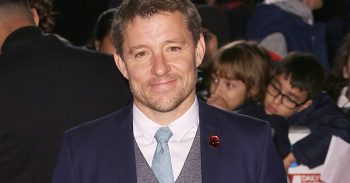 The Good Morning Britain presenter has ruled out the idea of strutting his stuff on the ballroom floor and it seems he won’t be following in the footsteps of his co-stars – including Richard Arnold and Kate Garraway – after he admitted the infamous Strictly “curse” isn’t worth the risk. 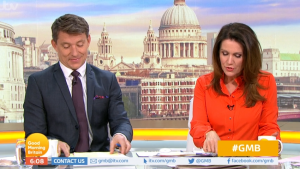 Speaking on the ITV breakfast programme, Susanna Reid – who also appeared on the BBC show when she was runner-up in 2013 – said: “Three quarters of us have unashamedly busted out our moves on national television. Ben Shephard, it is time for you to get onto Strictly. ”

However, Ben – who married Annie Perks in 2004 and has shares two sons with her – responded: “You know why I can’t do it? Because my wife doesn’t want me to have an affair.”

Susanna added: “Oh, because of the curse of Strictly?

“Actually, that’s a really good point, it has been pretty bad recently.”

The so-called Strictly curse suggests being on the show causes couples to break up when celebrities embark on romances with their dance partners.

However, judge Craig Revel Horwood previously dismissed the suggestion that the programme is to blame for any failed relationships, insisting the so-called “curse” never strikes anyone in a “strong, loving relationship”.

The 54-year-old star explained: “You’re dancing up close and personal and spending all of your time with that one person. Of course people fall in love.

“But my point is, if your relationship in real life is suffering anyway, it’s going to happen anyway whether it happens on Strictly … or in real life.

“If you have a strong loving relationship in the first place, that stuff just doesn’t happen.”