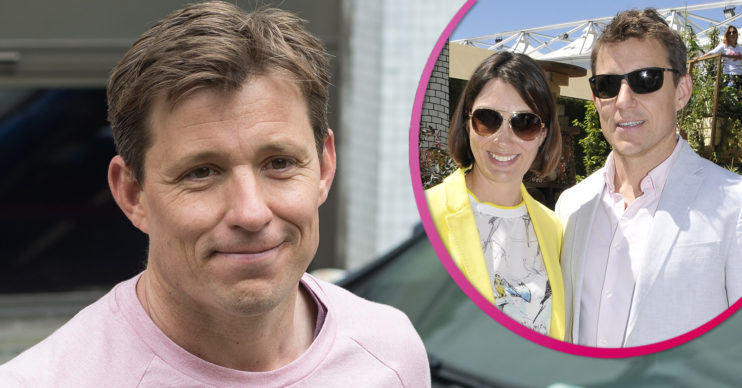 The GMB presenter returned to the couple's wedding venue in Devon

Ben Shephard has given fans a glimpse into his wife Annie’s romantic birthday surprise.

The Good Morning Britain star, 45, treated his wife to a delicious dinner and cocktails at the Burgh Island Hotel in Devon, where the couple previously tied the knot in 2004.

Taking to Instagram, Ben shared a series of photos of himself and Annie from over the weekend.

Perfect birthday tea for @mrsannieshephard at the place where it all began and we tied the knot @burghislandhotel so many years ago. So lovely to catch up with Gary the barman who’s been here since time began 😜 Trust me his cocktails are just as good and worth coming back for 17 yrs after we first experienced them! Thanks to all we’ll be back #burghisland #burghislandhotel

He wrote: “Perfect birthday tea for @mrsannieshephard at the place where it all began and we tied the knot @burghislandhotel so many years ago.

“So lovely to catch up with Gary the barman who’s been here since time began.

“Trust me his cocktails are just as good and worth coming back for 17 yrs after we first experienced them!

Read more: Piers Morgan threatens to ban trolls from watching GMB ahead of his return tomorrow

Ben accompanied the post with a photo alongside Annie and the hotel’s barman.

Meanwhile, another showed the mum-of-two sipping on a cocktail in a stunning green dress.

Followers gushed over the snaps, with one commenting: “Wow, fabulous birthday pressie.”

A second added: “Happy birthday Annie hope you all had a great time.”

When did Ben Shephard get married?

The couple, who have since went on to welcome sons Sam and Jack, dated for nine years before they got engaged.

Back in March, the presenter paid tribute to his wife on their 16th wedding anniversary.

Alongside a loved-up shot from their wedding day, Ben wrote: “Can’t quite believe another year has gone past, suddenly this one feels all the more poignant because of what’s happening.

“16 yrs married to @mrsannieshephard 25 years together and it’s fair to say the current climate is seriously testing the strength of her feelings towards me.

“As for me I still can’t quite believe my luck!! Anyway, whatever you’re doing today stay safe. #weddinganniversary.”

When is Ben Shephard back on Good Morning Britain?

Ben is expected to return to Good Morning Britain in the autumn.

The popular presenter is currently taking a break from his usual slot on the ITV show while filming Tipping Point in Bristol.