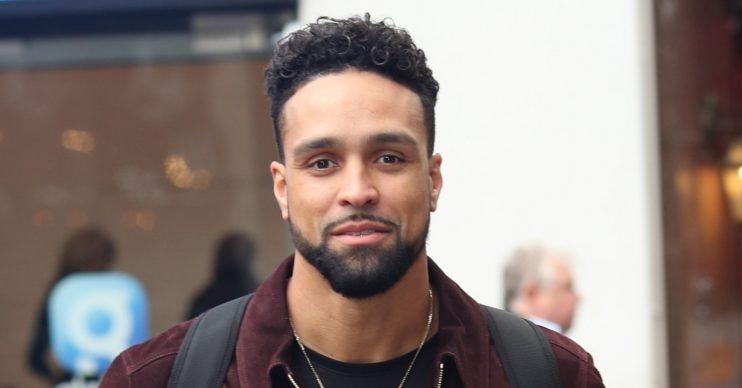 Bounced off the "wrong ball"

On Instagram, the Dancing On Ice judge, 31, shared a video of himself performing an impressive feat involving two cans of Pepsi and a football with his pal and fellow Diversity star, Perri Kiely, 24.

Posted on Friday (July 3) afternoon, the clip shows Ashley casually dropping a ball with two cans resting on top of it, while Perri walks over in the background.

In time with some music, the ball hits the ground, sending both cans flying up and into Ashley and Perri’s hands. The pair then crack the drinks open and coolly take a sip, as though it was nothing.

But in the spirit of honesty, Ashley felt he needed to share a hilariously painful-looking outtake.

He wrote in the caption: “Swipe for a serious TikTok vs Reality moment. It was so smooth… All the way until the can decided to bounce off the wrong ball…

“But at least @realperrikiely sympathy got me through the worst of the pain. Enjoy this, because I didn’t.”

In the other clip, Ashley drops the football – only for one of the cans to go rocketing directly into his crotch.

He doubles over in pain as Perri, seeing what happened, looks stunned and bursts out laughing.

Fans in the comments also found it hilarious.

“This really makes me laugh,” one said, tagging a mate.

Someone else wrote: “I’m absolutely dead.”

It’s not the first TikTok video Ashley and Perri have made together.

Last month, the pair impressed with a clip showing Ashley tossing a coat over his shoulder and Perri materialising within it before it hit the floor.

Ashley joked in the caption: “I wish this could be my response when people walk up to me and say, ‘So where’s the kid with the fuzzy hair then!?’

“Firstly I don’t hold him captive in the boot of my car and pull him out for TV appearances, performances or random meet and greets (not anymore anyway).

“Secondly he’s usually bigger than the person asking me the question.
Thirdly could you imagine their face if I actually did this?!”

What do you think of Ashley’s videos? Leave us a comment on our Facebook page @EntertainmentDailyFix and let us know.