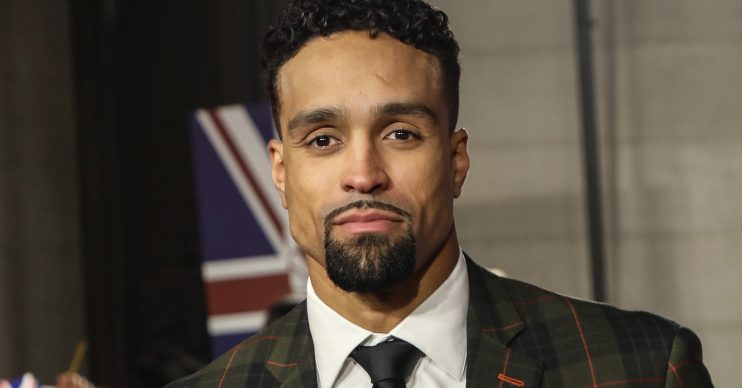 Diversity star was appearing in panto

Dancer Ashley Banjo has defended himself after one of his followers called him out on Twitter for ‘not bothering’ with his fans.

The Diversity star, 31, was criticised for not appearing to meet fans who had waited outside a venue for a photo opportunity with their idol.

However, the comment obviously riled the dancer, as he took to the social media site to vent his own feelings on the subject.

Ashley and his Diversity pals have been starring in the pantomime Robin Hood at the Cliffs Pavilion in Southend.

And after one performance, a mum from Essex tweeted that she and her son had been left disappointed when he didn’t come out to meet his fans.

Those of you who’ve seen us perform over the years know I always take time and have nothing but love and respect for our fans.

She wrote: “Can’t tell you how disappointing it is to wait outside to get your pic taken with @AshleyBanjo and he doesn’t even bother coming out to meet his fans.”

Ashley didn’t take the criticism lying down, though, and he later took to Twitter to respond to the follower.

He wrote: “Those of you who’ve seen us perform over the years know I always take time and have nothing but love and respect for our fans.

“But on the rare occasion I can’t give that extra time, and without even knowing the circumstances, people judge and spread negativity… What a shame.”

Later on, he returned to the social media site to offer his gratitude to fans who’d stood by him during the exchange.

He wrote: “Guys thanks for all the tweets/support/opinions on my last tweet. It’s just gutting when you see tweets like that when I always try and make time when I can. So thank you again… Means a lot.”

At the end of the tweet, Ashley said that he hoped to meet the mum and her son for a photo in the future.

To be fair, he’s got quite a lot on his plate at the moment.

As well as appearing in the panto, which finishes this weekend, he’s about to star in the new series of Dancing On Ice on ITV.

He also announced in December that his wife Francesca is expecting another baby, just 10 months after the couple welcomed their daughter Rose.