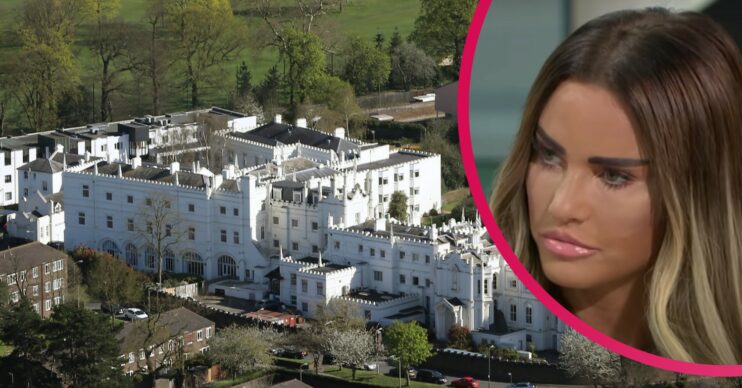 As Katie Price heads to the Priory hospital, which other celebrities have attended and what happens?

Sentencing has been deferred for 11 weeks until December

The former glamour model pleaded guilty this afternoon (Wednesday September 29) at Crawley Magistrates’ Court to three charges of drink-driving, driving while disqualified and driving without insurance.

Price, 43, was disqualified for two years in October 2019 and has been banned six times.

Sentencing will occur in December while she undergoes treatment at The Priory.

The court heard she already had an appointment booked with The Priory at 1.30pm today. However, she was unable to attend as she was in custody.

What happens at the Priory?

Patients may attend the mental health facility for a variety of issues, including drug addiction, alcoholism and depression.

The flagship hospital is based in Roehampton, south- west London. There is also another Priory facility at Grovelands Park in north London.

Read more: Carl Woods breaks silence after Katie Price’s crash as he vows to ‘always be there’ for her

Treatment costs nearly £7,000 a week, with a range of therapies available.

These may include cognitive behavioural therapy, EMDR (eye movement desensitisation and reprocessing) and psychotherapy.

There are also opportunities to undergo Neurolinguistic Programming (NLP), equine-assisted psychotherapy, and art and movement therapy.

There is also a fully-equipped gym with a fitness instructor and various activities such as yoga, aerobics, swimming and shiatsu massage.

A watchdog warned in 2017 that “improvement” was ‘required’.

Inspectors found a shortage of nurses and a number of fixtures and fittings that patients could use to harm themselves.

Which other celebrities have attended The Priory?

Other celebrities who have been to The Priory include Amy Winehouse, Eric Clapton, Robbie Williams and Lily Allen.