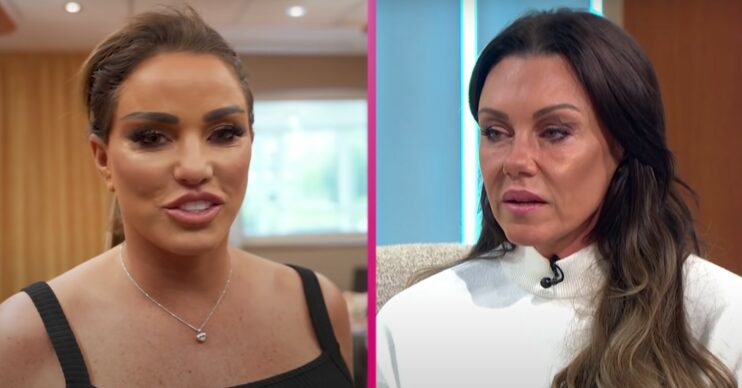 Katie Price has been sent support by her celebrity friends following the news fallout of her drink-drive crash.

The mother-of-five pleaded guilty to to drink driving, driving whilst disqualified and driving without insurance in court today.

Katie was arrested after crashing her car in in West Sussex on Tuesday morning.

Her family issued a statement yesterday evening, saying they are concerned about her wellbeing and “overall mental health”.

Many of Katie’s friends have reached out, including former Liberty X singer Michelle Heaton.

Katie, 43, apparently helped persuade Michelle to seek help for her own battles earlier this year.

The Sun reported that Michelle had told pals she wants to ‘return the favour’ after Katie motivated her to enter rehab.

A source told the tabloid: “Michelle’s desperately worried about Katie and wants her to get help.

“Katie saved her life now she wants to repay the favour.

“She saw Katie last week and knew something wasn’t right – and [the car crash] news only confirms her fears.”

ED! has approached a representative for Michelle for comment.

She added: “At this point I just reiterate what her family have already said and will support all in private.”

Other celebrities who have sent messages of support

A statement from Katie’s family posted on Instagram last night (Tuesday September 29) included well wishes from a host of famous faces in the comments section.

BBC journalist Victoria Derbyshire wrote: “I hope you are okay. Sending so much strength to you.”

And Dawn Ward from The Real Housewives of Cheshire added: “So sad, thinking of her. Her children and all her family at this difficult time.”

Katie’s kids Junior and Princess also expressed their devotion to their mum.

And this morning, Katie’s fiancé Carl Woods added: “I love you Katie.”