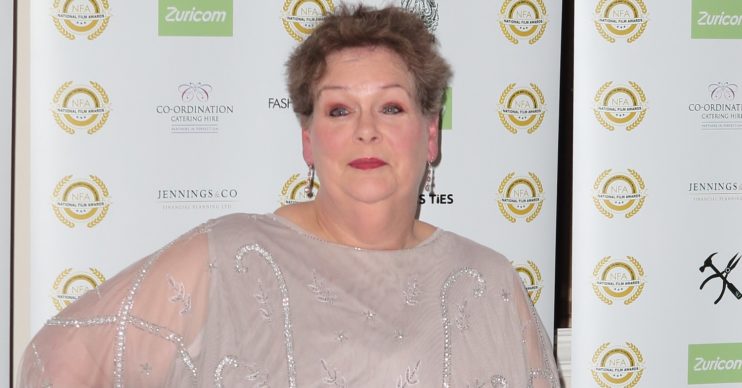 The pair were jungle campmates in 2018

The Chase star Anne Hegerty has defended her former I’m A Celebrity… Get Me Out Of Here! campmate Malique Thompson-Dwyer after he filmed himself attending an illegal rave.

The Governess, 61, urged people to “be positive” about the ex-Hollyoaks actor, 22, following a backlash over videos of him attending a quarantine party posted to his Instagram Stories.

What did Anne say?

On Twitter, Anne was responding to a now-deleted tweet from Malique when she wrote: “It’s Be Positive About Malique Day!”

She went on to praise Malique, calling him a “good guy” and insisting he was much more “useful” as a campmate when they were both on I’m A Celebrity in 2018.

“Malique is a good guy!” she continued. “And a lot more useful than me in a jungle.”

It’s Be Positive About Malique Day! Malique is a good guy! And a lot more useful than me in a jungle. https://t.co/3e6nHrfoS1

One of Anne’s followers called her “incredible” and urged her not to “put [herself] down”, as she was “amazing” on the show.

“Aww I don’t like to see you put yourself down Anne,” they told the quizmaster and host of Britain’s Brightest Celebrity Family. “You are incredible and you certainly were amazing in the jungle and you should be very proud of yourself.”

It’s Be Positive About Malique Day!

Anne quipped back: “Why, thank you. But I think we can all agree that, if the food had run out, it would have made sense to eat me before Malique.”

Why, thank you. But I think we can all agree that, if the food had run out, it would have made sense to eat me before Malique.

On Sunday (June 14), Malique filmed himself attending a rave in Failsworth that was attended by 2,000 people.

According to the Daily Mail, a man there died of a suspected drugs overdose.

He reportedly told his followers: “First of all, I apologise to anyone I may have offended, but let me just get one thing straight.

“But it’s funny how everyone is never saying anyone positive about me. It’s always bad boy Malique this. They never want to say anything positive and it’s funny because at least I am not out there [bleeping] on war memorials. Racist [bleeps].’