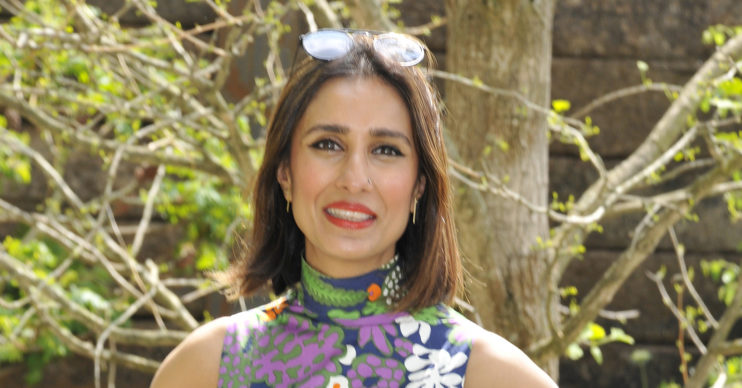 Anita Rani opened up about her devastating loss

Countryfile star Anita Rani has opened up about the overwhelming support she’s received after revealing a miscarriage.

The television presenter, 42, suffered a miscarriage in December 2018.

Speaking to Hello! magazine, Anita said she is so grateful for the support she’s received.

She said: “So many women – and men – got in touch to say: ‘We’ve carried this as a secret, but well done you for bringing it out into the open because it’s still taboo and it shouldn’t be.'”

She continued that it wasn’t easy opening up about her loss, but she is glad she did.

Anita explains: “I’m not someone who constantly shouts about my darkest secrets, so it felt like a real moment when I was opening myself up, and I’m glad I did.

“This is a really important subject to talk about. I’ve been gifted this amazing platform and a voice, and I feel I should use them for the positive.”

Her current series, which was filmed last year, follows the different and oftentimes unique parenting methods of 12 couples.

Called Britain’s Best Parent? and airing on Channel 4, each set of parents make the case that they have the ideal parenting style.

Anita is currently in lockdown with her husband Bhupinder Rehal at their East London home.

She first opened up about her miscarriage back in December when she wrote for Red magazine.

“It took me a long time”

Here she wrote how she initially went down the “British stiff upper lip” and avoided her true feelings.

However, a year on she was finally able to experience her grief and accept her vulnerability.

She wrote: “It took me a long time (an entire year) to recognise and accept my sadness. For the first time in my life, I gave myself permission to not be okay, and to be okay with that.

The wonderful @redmagazine asked me to write a piece reflecting on 2019 and I could only be honest. The most honest And open I’ve been in public about something I went through, my miscarriage. I talk about how I bottled up my feelings, because I’m good at that and how sadness always finds a release. I’ve written a piece for everyone who may have had some shit sent their way. A miscarriage, a break up, a bereavement, something that’s left you in the pit of despair. Share it, talk about it. Don’t let the misplaced shame stop you or the fact that it can be very hard to talk about it. Find someone you trust and tell them. It helps. I hope the piece I’ve written helps a few of you too. Thanks @redmagazine and @natashachloelunn @sarah.tomczak for giving me the platform to write my most import piece to date and allowing me to share. #miscarriage #sadness #sharing #compassion #talking #therapy

“All year I had been trying to fight this unknown person, but I realised it was just me the whole time, the real me, needing to be heard, craving a cuddle.”

She promoted the piece on her Instagram, addressing her some 58,600 followers.

Her caption includes: “I talk about how I bottled up my feelings, because I’m good at that and how sadness always finds a release,” the 42-year-old added.

“I’ve written a piece for everyone who may have had some [bleep] sent their way.”

What do you think of Anita’s story? Share your thoughts with us on our Facebook page @EntertainmentDailyFix.