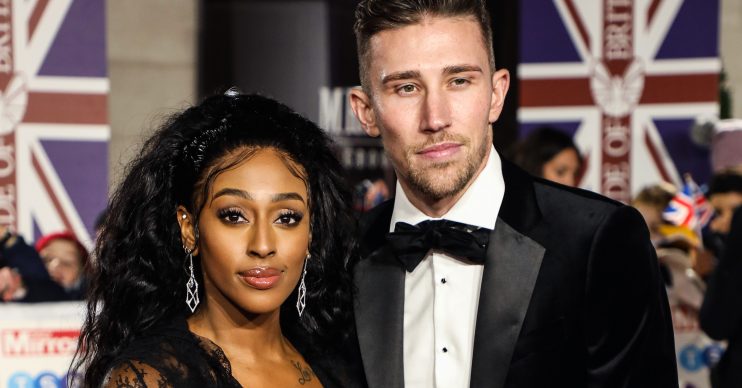 He thanked the 'great people' around him

Alexandra Burke’s boyfriend, Angus MacDonald, has revealed he is officially cancer free just months after being diagnosed with the disease.

The Hull City footballer, 27, took to Instagram to reveal he’s been given the all clear after “the hardest few months” of his life.

He wrote for his followers: “It was great to be back in the training ground today with the boys, and for very good reason.

“I’ve been given the best news I’ve ever had… I am cancer free!

“It’s been the hardest few months of my life and at times you go to some dark places, but I’ve been lucky enough to have some great people around me to keep me positive and focused on getting better.

“I want to thank everyone for the thousands of kind messages I’ve received, and support I have had.

“I especially want to thank my mum and dad, my sisters, Andrew the physio, Rick my agent and my partner Alexandra who have all been with me every single step of the way, and without you all I don’t know how I would of got through this.

It’s been the hardest few months of my life.

“The comeback is on!”

His fans rushed to offer their congratulations in the comments.

One said: “That’s brilliant news, so happy for you x.”

Another wrote: “Well fought big man, can’t wait to see you back on the pitch.”

Angus revealed his diagnosis in August, when he uploaded a picture of himself in his football kit and said: “This is not an easy post to write but life isn’t always an easy road to navigate.

“I have been diagnosed with bowel cancer.

“After a year on the sidelines and recently getting back into full training, returning to the pitch felt closer than ever, so this has come as a complete shock and is hard to take and fully process.”

Alexandra, who won The X Factor in 2008, broke her silence on Instagram shortly after with a photo of them in each other’s arms, writing alongside it: “Always by his side. Forever.”

The pair went public with their romance in July, weeks after Alexandra split from her fiancé Josh Ginnelly.