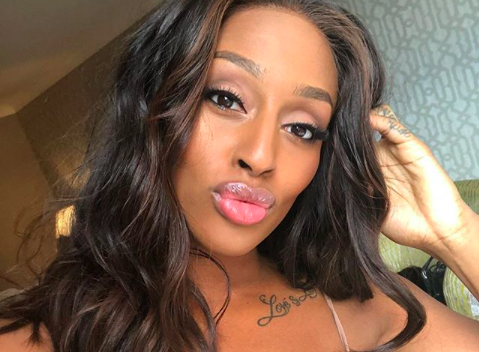 The former X Factor star, 30, has removed all trace of her ‘soulmate’ Josh without an explanation.

Alexandra had previously shared loved-up snaps with her beau with her 177,000 Instagram followers, including one announcing their engagement in January 2018.

The Strictly star posted a photo of her and Joshua kissing, with the words ‘I said yes’ written on her hand.

Joshua proposed during a romantic surprise trip to Paris.

She wrote: “Smiling as I type this because it was the best day ever in Paris and so unexpected.

“My soul mate and my love asked me something that I could only have dreamt of. Being in love is one of the most magical feelings life has to offer.

“So grateful for this amazing man in my life who has supported my family and I through so much.”

But all these photos have now been removed, suggesting the pair have parted ways.

Earlier this year, Alexandra had discussed her wedding plans revealing she and stage manager Joshua weren’t planning to marry until 2020 because of work commitments.

She also revealed they had no plans for a baby, despite eventually wanting to start a family.

Alexandra, who was devastated after the death of her mother in 2017, had previously gushed about her love for Joshua, who she started dating in 2016.

The daughter of Soul II Soul singer Melissa Bell, Alexandra rose to fame after winning the fifth series of The X Factor in 2008, which led her to release the Christmas number one song, Hallelujah.

Her debut album, Overcome, was released in 2009 and featured number one singles Bad Boys and Start Without You.

In recent years, Alexandra has been more focused on her West End career, winning rave reviews for her role as Rachel Maron in The Bodyguard and Deloris in Sister Act: The Musical.

She was a finalist on Strictly Come Dancing in 2017, but lost out on the Glitterball Trophy to Holby City’s Joe McFadden and his partner Katya Jones.

ED! has contacted a spokesperson for Alexandra for comment.