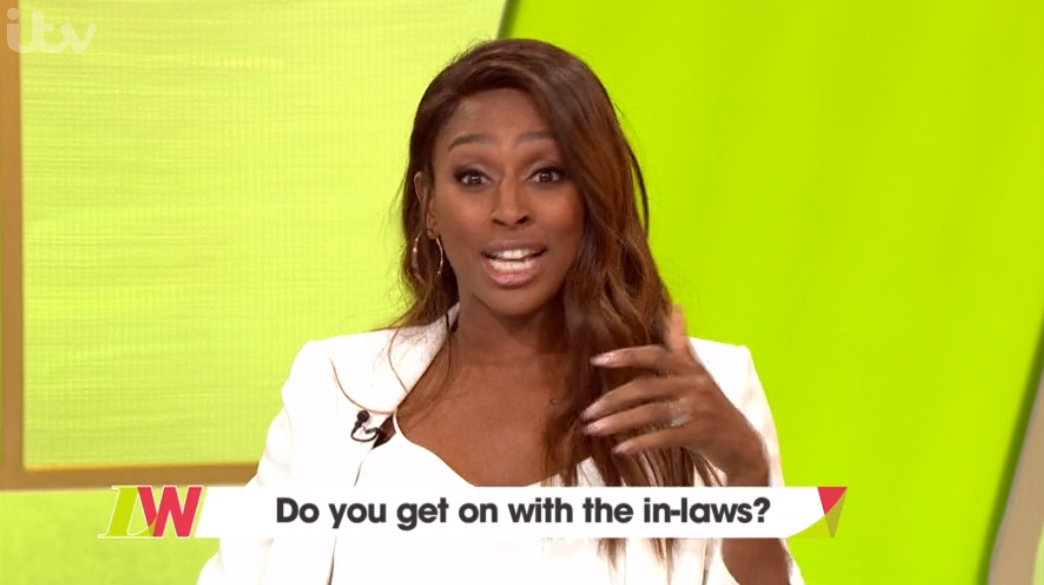 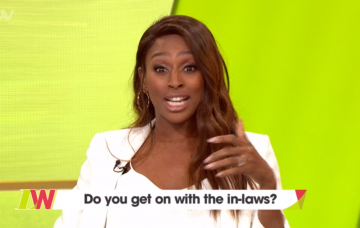 She recalled the funny moment on Loose Women

Alexandra Burke has revealed she accidentally called the Duchess of Cornwall “babe” while meeting her recently.

The Strictly Come Dancing star was a guest panellist on Friday’s Loose Women when she recalled the royal faux pas.

Alexandra, who has performed for The Queen twice, said the “North London of me flew out of my mouth” when she met Camilla at an event.

When asked about how she felt meeting members of the royal family, Alexandra admitted: “I get quite flustered and I’ve had the privilege of being able to perform for The Queen twice.

“That was just out of this world. I don’t know how I got that gig!”

She continued: “But when I met Camilla recently, they say don’t speak until you’re spoken to and don’t put out your hand first, and I just called them ‘babe’.

“I got a bit flustered there!

“The North London of me flew out of my mouth and it’s just so overwhelming.”

But Alexandra admitted it’s easy to forget you’re talking to members of the royal family because they are so “welcoming and normal.”

The singer, 29, added: “But they are only human and I call them love. They are so welcoming and so normal that you forget you are talking to the royal family.”

Alexandra revealed Camilla was a huge fan of her during her time on BBC’s Strictly Come Dancing.

She revealed: “[Camilla] came up to me the other day during an event and she said, ‘I was flying the flag for you and voted for you weekly and I really was a fan of you on Strictly.’

“I literally could have just died and gone to heaven. I just stood there like wow. She didn’t have to say anything.”

Meanwhile on Loose Women, Alexandra opened up about her engagement to her fiancé Joshua Ginnelly.

She revealed the couple, who got engaged in December, are hoping to tie the knot in 2020 so they still have time to flourish in their careers.

Discussing her recent engagement party, Alexandra said: “It went really well. It was quite a big turn out. Josh wanted 50 people but it turned out to be about 150.

“There wasn’t enough food for everyone, but it was OK as they all ordered their own food at the bar.”

Alexandra said it was nice to have her family getting to know Josh’s family better.

Talking about their wedding date, Alexandra added: “There is no date set yet but we have a year. So 2020 is what we’re hoping for.

“But you never know, things in life can change but we’re hoping [to have] a couple of years together and then finally tie the knot.”

How long were you engaged for before tying the knot? Leave us a comment on our Facebook page @EntertainmentDailyFix and let us know.