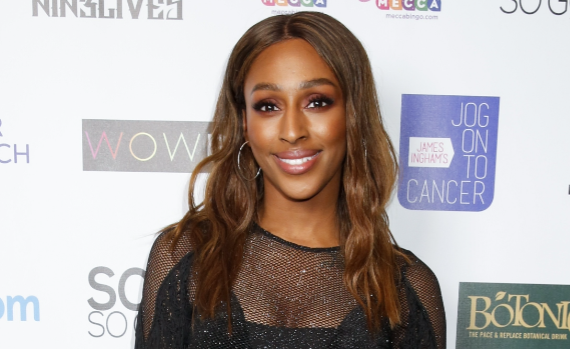 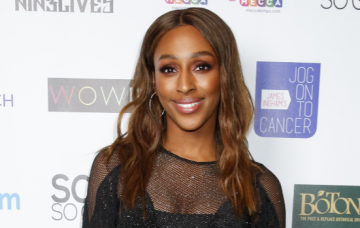 Singer Alexandra Burke appears to have gone Instagram official with her new man, three weeks after her split from her fiancé.

Alex hasn’t commented on her new romance or her split from Josh Ginnelly, but it appears to ring true that a picture paints a thousand words.

Wearing an off-the-shoulder dress as she attended Wimbledon, Alex is seen looking happier than ever as she cosies up with Hull City footballer Angus MacDonald.

In the snap, uploaded by a friend which Alexandra then re-shared to her followers, the former X Factor star smiled for the camera as Angus wrapped his arm around her shoulders.

Alex sparked split rumours from Josh in mid-June, when she deleted all trace of him from her Instagram account – including their engagement announcement.

In new pictures she posted of herself at Wimbledon, the star can be seen without her engagement ring.

Clearly enjoying my first Wimbledon!! Thank you @robinsons_uk for having me. 🎾🎾🎾

The Daily Mail also reported that new man Angus has been spotted hanging out with Alex while she’s on tour.

They reported that he has also been looking after her dogs while the star performed on stage.

Perhaps the writing was on the wall back in January as Alexandra told Hello! magazine that she had put off her wedding to Josh until 2020.

She revealed: “I always did say it wouldn’t happen in 2019 because I knew I wanted to work and there’s a lot more that I want to do before I get married.”

She added: “It’s about enjoying this moment in life – we want to travel a little bit more before settling down. And there’s no time to plan anything!”

The new romance comes as Louis Walsh confirmed that Alexandra had signed up for the new series of Celebrity X Factor.

What do you think of Alex’s new romance? Let us know over on our Facebook page @EntertainmentDailyFix!