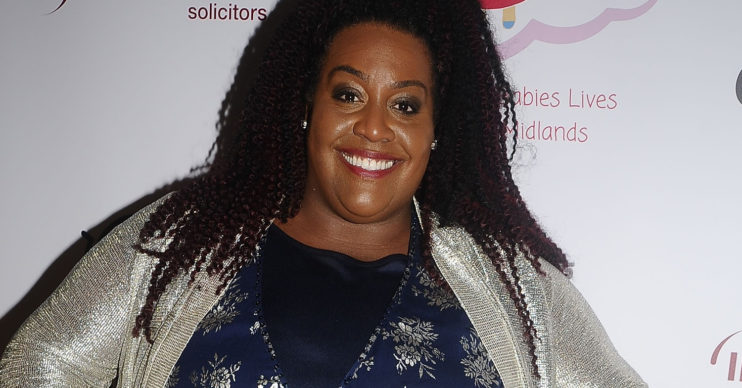 She's proved to be a hit with viewers on This Morning

TV favourite Alison Hammond has teased she may be launching her own show.

The presenter, 45, told her fans to be “patient” during a Q&A on her Instagram on Wednesday (July 1).

One person asked Alison: “Why don’t you have your own show?”

Read more: Alison Hammond thanks fans for their support after death of her dad

Alison to have her own show?

Alison replied: “I know you’re all waiting for this, it will happen.

“Let’s put it out there into the atmosphere and let’s wait and see. Let’s just be patient, it’s going to happen.”

Alison has become a TV icon thanks to her hilarious antics on ITV’s This Morning.

Earlier this year, viewers called for Alison to have her own cooking show after she took to the kitchen on the daytime programme.

The star whipped up a batch of delicious chocolate brownies but it didn’t take long before things turned chaotic.

Alison began mixing her ingredients as Holly Willoughby and Phillip Schofield watched on.

Mixing melted chocolate, flour, cocoa powder and baking powder together, Alison admitted it didn’t quite look like how it should.

Alison admitted: “It’s not normally this dry,” to which Holly said: “You haven’t put the eggs in it!”

Alison continued: “Yeah, that’s it! I’m thinking why is it so dry but don’t worry, with these things you’ve just got to go with the flow.”

Holly laughed: “I feel like we’re watching you in your own kitchen and you’re pretending to do this on the TV and you’re actually doing this.”

Phil cut in: “You have a minute and a half, you know that don’t you?”

Alison told him: “Babes, chill, relax, I’ve got this.”

Viewers loved Alison’s relaxed approach to the kitchen, with one writing on Twitter: “Alison making brownies is the most hilarious thing I’ve ever seen.”

Another wrote: “I think Alison Hammond should have her own TV Show – she’s such a delight to our screen.

“She’s always so cheery, so funny, so relaxed.”

Do you want Alison to have her own show? Leave us a comment on our Facebook page @EntertainmentDailyFix and let us know.