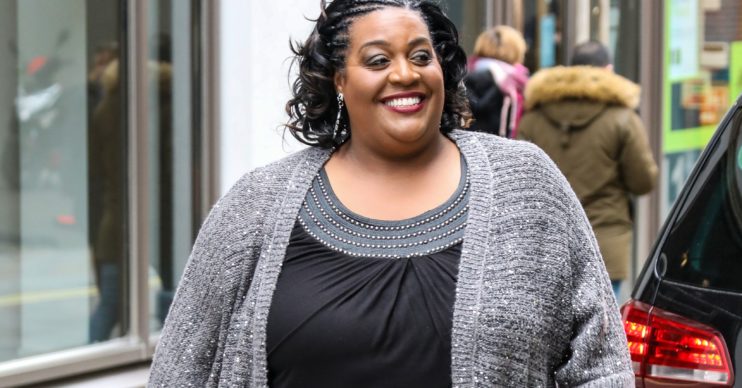 Alison Hammond has broken her social media silence to explain the #blacklivesmatter movement, following her emotional This Morning speech.

Alison teared up yesterday (June 3) when she called into the show to talk about #blackouttuesday and the death of George Floyd.

Taking to Instagram, she posted an illustration attempting to explain the #blacklivesmatter movement to people who may be missing the point.

What did Alison’s followers say?

Alison’s followers rushed to show their appreciation for the presenter’s post.

One wrote: “@alisonhammond55 you can explain to you are blue in the face about the movement of Black Lives Matter, it is asking for equality, no more no less, and some people will say all lives matter… they do but not until society see that Black Lives Matter too…”

“I saw another great analogy about sheep and a shepherd. (I’m not religious but I liked it) Jesus leaves his flock of 99 sheep to look for the one that had gone missing. Someone said what about the 99 sheep left behind, he said those aren’t the ones in trouble, the one is. I thought that was very well put,” another commented.

Someone else said: “I learnt something yesterday and this image spoke so much more than I ever realised. We all stand together fighting this fight together one step at a time. Thank you for sharing and helping us see it more clearly than ever.”

“You were so amazing on This Morning yesterday Alison! I think you’re amazing anyway, but yesterday really touched me!! Sending love,” said another, showing their support.

Yesterday Alison delivered a moving speech as she urged viewers to educate themselves and read, donate and help black businesses.

“We are one race, it’s called the human race, we need to stand together. Enough is enough. You can’t be blinded by this,” she said.

“Lift up your voice, even a small voice, if you’ve got a small following, black out today and show you’re standing by us out of love.”

After This Morning aired their blackout, Alison continued to say people think it’s not here in England, but that it is.

“Wake up and speak up for other people,” she urged.