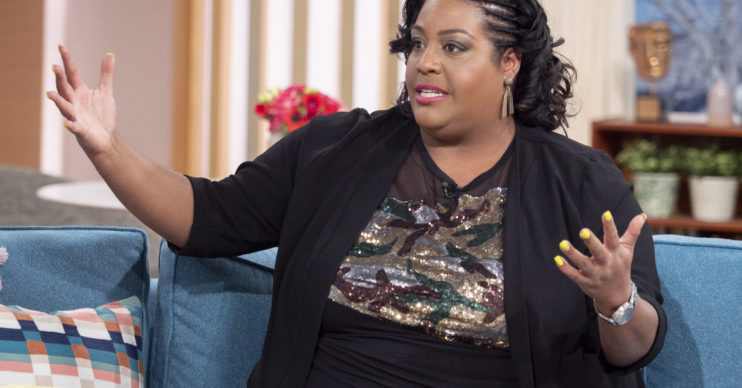 It has affected her personally

This Morning went off air at 11am this morning in support of Black Out Tuesday.

Holly Willoughby and Phillip Schofield began Tuesday’s show (June 2) by explaining ITV was standing in solidarity with the black community.

A statement that was shared across all of ITV’s social media accounts was then shown on the screen.

This Morning observes Black Out Tuesday

Holly read out the statement to explain what was happening.

“We stand in solidarity with our black colleagues, storytellers and viewers around the world because black lives matter.”

She revealed: “At 11 o’clock, we are going to be having our own blackout moment to reflect on the death of George Floyd, and to say we are standing together with the black community.”

The hosts went on to explain people are being encouraged to read something important, and listen to things that are useful today about black culture.

The movement comes following the death of George Floyd, a 46-year-old African-American. He died last week when a white police officer knelt on his neck for several minutes.

Protests in America have escalated over the last week following the death.

It hurt me to the pit of my stomach.

The officer who knelt on his neck, Derek Chauvin, has been charged with third degree murder, and three others have been fired.

The music industry has already announced it is observing a day-long blackout on social media today.

Huge numbers of celebrities have simply shared an image of a black square to their Instagram accounts to show their solidarity.

Alison Hammond phoned into the show to talk about what was happening. She teared up as she was talking about seeing the image of George Floyd.

She said: “I saw my brothers, I saw my father, I saw my son, I was disgustes to my core. It hurt me to the pit of my stomach.”

Alison added: “I believe this movement #Blacklivesmatter is so very important when I see my white, my Asian brothers and sisters standing by.

“I’m not trying to offend white people, if you are offended by it you need to look within yourself.

“Just know it’s your basic goodness, appeal to your basic instinct of goodness.

She went on to urge viewers to educate themselves and read, donate and help black businesses.

“We are one race, it’s called the human race, we need to stand together. Enough is enough. You can’t be blinded by this.

“Lift up your voice, even a small voice, if you’ve got a small following, black out today and show you’re standing by us out of love.”

Phillip told her: “Alison, that was so powerful.” The screen then went black in a moment of solidarity.

After the blackout, Alison continued that people think it’s not here in England, but that it is.

“Wake up and speak up for other people,” she urged.

Fans in tears on This Morning

Fans were moved to tears by Alison’s words.

Just rewound to Alison Hammond’s section. She spoke so passionately and eloquently. For me she got her point across so much better than the lady yesterday. #thismorning

@AlisonHammond @thismorning thank you Alison, from the bottom of my heart thank you. It brought me to tears. The images normalise what is happening but it should never be normal. Yes it helps us see reality but it also has a lasting affect. 😢 #ThisMorning #BlackLivesMatter