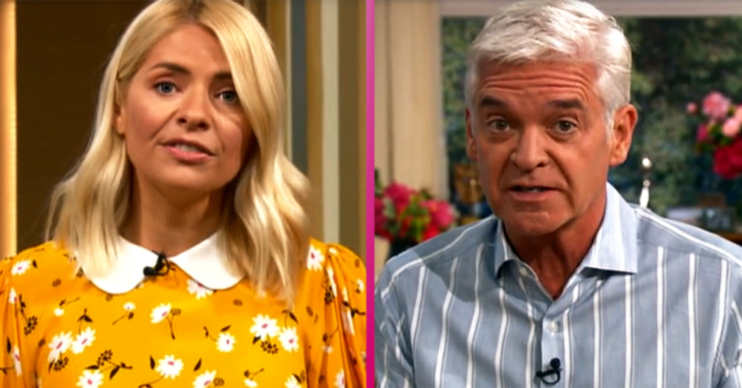 Some demanded the return of Eamonn and Ruth

The hosts had had last week off and Friday hosts Eamonn Holmes and Ruth Langsford stood in for them.

Holly and Phil kicked off the show by talking about what they’d been up to, with Phil revealing a lot of people had been commenting on his tan. He quipped: “It’s been sunny for six weeks!”

Can we just have Eamonn and Ruth back please?

They also told they’d had a virtual murder mystery party together, which Phillip had shared on his Instagram Stories.

Fans thrilled Holly and Phil are back on This Morning

Some fans watching at home were thrilled to see their favourite presenting duo back at the helm.

One said it was great to have them back to ‘give viewers a break’ from Eamonn and Ruth’s bickering.

I’m so happy to see Holly and Phil back 😊 #ThisMorning

Yay – Holly & Phillip are Back! #ThisMorning

Holly and Phil are back yay 😀 #ThisMorning

Some fans not happy

However, others weren’t happy. They told them to stop banging on about their ‘holiday’ from work.

Many even called for the return of Eamonn and Ruth, who were a hit last week when they presented Monday to Friday.

Can we just have Eamonn and Ruth back please? #ThisMorning

the people who are saying glad to see holly and Philip back , y’all being sarcastic right ? #thismorning pic.twitter.com/mdeQKX4ef1

Holly and Phil had a jam-packed show, including taste testing rosé wine.

But Holly was left shocked when one of the show’s editors said in her ear that she was ‘common’ after she revealed she likes to put ice cubes in her rosé to keep it chilled.

The show did a poll and it turned out 67 per cent of the viewers agreed with Holly!

The presenters also talked to Martin Lewis, who was back answering financial questions.

And James Martin cooked up two tasty treats in his garden.

Alice Beer also visited a primary school that had opened today. They showed how the schools are coping with social distancing, and also spoke to parents about their fears and concerns over sending their kids back to school already.

Were you pleased to see Holly and Phil back? Leave us a comment on our Facebook page @EntertainmentDailyFix and let us know what you think of this story.