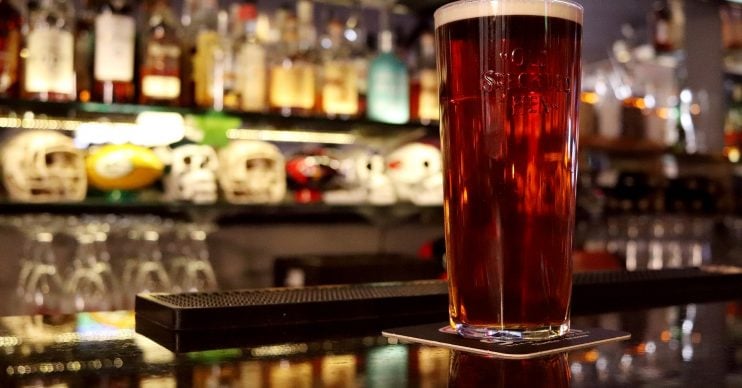 Girl power at its finest!

Hot on the heels of six new cocktails launching at Wetherspoons comes news of a 12-day beer festival.

This celebration of real ale will have a twist though.

All the beers the pub chain serves over the course of the festival will have been brewed exclusively by female brewers.

How’s that for girl power!

The festival kicks off in all branches of Wetherspoons on Wednesday March 25 and will run until Sunday April 5.

Beers brewed here in the UK and overseas will be on the menu, with offers from as far afield as Canada, Australia and New Zealand being served.

Read more: The world’s first Easter egg featuring a sex toy inside has launched in the UK

The festival line-up includes new, seasonal and speciality beers, vegan and gluten free beers and those brewed exclusively for the festival.

There are beers flavoured with dark fruits, blackberries and roasted cocoa beans.

It certainly seems as if the ladies have pulled out all the stocks, with beer coming a long way from pints of Carlsberg and Stella Artois.

Read more: George at Asda is selling a Holly Willoughby-style floral dress for £16

Beer festival organiser Rob Davies said: “The festival will be celebrating female brewers from the UK and overseas. It will allow us to showcase their excellent beers.”

The festival will be celebrating female brewers. It will allow us to showcase their excellent beers.

He added: “We are promising our customers a range of beers from overseas together with some great beers from brewers across the UK.”

He concluded that the festival will be the “perfect way for real ale enthusiasts to enjoy a range of beers” over 12 days.

In all Wetherspoons pubs, customers will be able to sample any three of the real ales in special third-of-a-pint glasses for the price of a pint.

Tasting notes on all of the beers will also be available in the pubs.

Hopefully the festival goes some way to appease Wetherspoons customers who were disappointed when the chain axed three of its favourite cocktails from the menu to make way for the six new ones earlier this week.

Head to our Facebook page @EntertainmentDailyFix and let us know if you’ll be attending the festival.