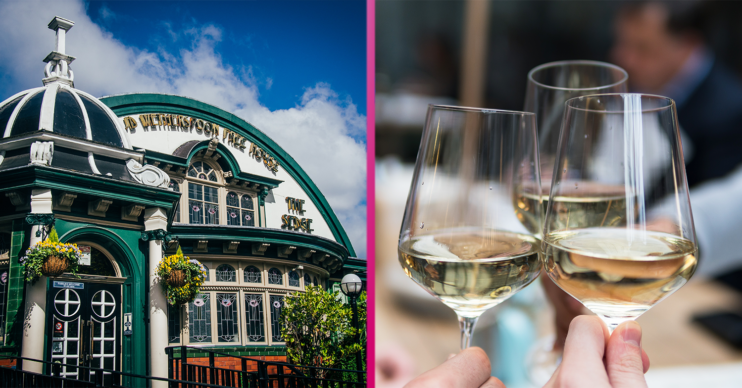 Wetherspoons has announced it will reduce the price of a range of its food and drink.

And, it says, Brits have chancellor Rishi Sunak to thank.

The pub chain will slash prices thanks to the MP’s decision to reduce VAT on food, coffee and soft drinks from 20% to 5%.

As a result, Wetherspoons is to “fully pass on” the tax benefit to its customers and discounts will start on Wednesday (July 15).

The price of a number of products, including real ale, coffee, soft drinks, breakfasts, burgers and pizzas will all see price reductions.

The chain says all reductions will be fully implemented by Monday (July 20).

As a result of the VAT reduction, Wetherspoons will offer a pint of Ruddles Bitter for just £1.29,  down 50p on average.

Doom Bar, Abbot Ale and guest beers will all be reduced at 764 of its pubs.

Wetherspoon will invest all the proceeds of the VAT reduction in lower prices, spread across both bar and food products, with the biggest reductions on real ale.

Food will be reduced too

What’s more, all Wetherspoon pubs – including those in town and city centres, airports and stations – will see prices reduced for these products.

Wetherspoon founder Tim Martin said: “Wetherspoon will invest all the proceeds of the VAT reduction in lower prices, spread across both bar and food products, with the biggest reductions on real ale.”

Martin continued: “These tax differences have helped supermarkets to subsidise their selling prices of beer, wine and spirits, enabling them to capture about half of pubs’ beer sales, for example, in the past 40 years.”

He said the VAT reduction will help pubs and restaurants reverse this trend.

He also thanked the chancellor for what he called a “long overdue” initiative.

“Congratulations to chancellor Rishi Sunak for a sensible economic initiative, which is long overdue,” he concluded.

As a result, posters have been put up in the chain’s pubs branding Sunak a “legend”.

One declared: “Dishi Rishi, legend. The man who instigated tax equality between supermarkets and pubs.”

Another shows the bargain beers on offer.

The announcement comes after Sunak launched his Eat Out to Help Out initiative.

It offers Brits half-price meals, with discounts of up to £10 per person, when dining out Monday to Wednesday.

Will you be heading to Wetherspoons for cut-price food and drink? Tell us on our Facebook page @EntertainmentDailyFix.