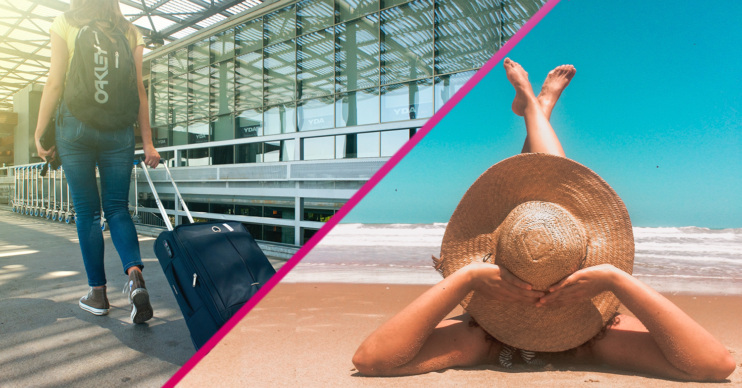 There’s good news for millions of Brits desperate to jet off on their summer holidays.

The government‘s air bridges have been “revealed” and they’ll come into use as early as next week.

It comes after Boris Johnson‘s announcement that unlocked the country.

It’s reported that a series of “intensive” phone calls are still taking place as ministers thrash out the overseas deals.

However, it’s thought that Brits could be free to travel to a number of countries without the need to quarantine as soon as next week.

The Sun claims that it’ll happen when the Foreign Office declares countries such as Spain, Italy and France safe.

It’ll doubtless come as part of the quarantine review, which is due to take place on June 29 – next Monday.

These are countries that have the same standard of test and trace system in place as the UK.

Where can we go – and when?

Other countries will then be added to the list in a trickle effect.

Read more: Thunderstorms on the way as heatwave breaks

Throughout July, it’s thought that British Overseas Territories will be accessible via air bridges.

These include places such as the Cayman Islands, Anguilla and the British Virgin Islands.

Vietnam, Hong Kong and Singapore are due to open up by early September.

By the end of the year – November or December – it’s thought we’ll be able to travel to America without the 14-day isolation period.

Paul Charles from pressure group Quash Quarantine has apparently been given assurances from the government over the timetable.

The first phase will be Europe, and the second phase from August will be more long haul, with the Caribbean, Dubai and Morocco included.

However, it is subject to no further big coronavirus outbreaks.

“I am expecting an announcement by the end of the week. The work is still taking place on finalising the travel corridors, and I am aware of a lot of intensive phone calls taking place among people across Europe,” he said.

He also appeared to confirm details of the “first phase”.

He said: “The first phase will be Europe, and the second phase from August will be more long haul, with the Caribbean, Dubai and Morocco included.”

Charles added it’s “unlikely” America will open up before the November election.

He said this was partly because President Trump won’t open the country up.

“Something like three million Brits visit the USA every year and they won’t be doing that,” he added.

Speaking at the Transport Select Committee yesterday (June 24), transport secretary Grant Shapps said he would be speaking about the corridors “on or by the 29th” of June.

Head to our Facebook page @EntertainmentDailyFix and tell us where you’re looking forward to visiting.