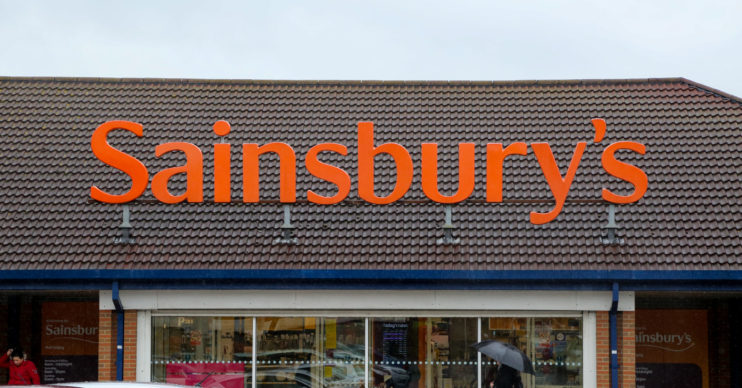 Supermarket Sainsbury’s has announced a raft of changes both in store and to its home delivery service.

Stores have been doing all they can to feed the nation during the coronavirus pandemic.

And the new measures – which include changes to opening hours – come into effect today (April 27).

Most Sainsbury’s stores will now be open till 10pm.

Stores were previously open from 8am till 8pm.

Opening hours in many of Sainsbury’s convenience stores will also be extended, with some staying open till 11pm.

Sainsbury’s CEO Mike Coupe said the move was aimed at reducing “queuing times both inside and outside our stores”.

We are very grateful to you for providing this community service.

The move follows Tesco‘s announcement that it was staying open later.

As a result, it is urging customers to visit outside of peak hours when stores are less busy.

As well as extending its opening hours, Sainsbury’s has also announced it is installing perspex safety screens at its petrol station stores.

The change will be implemented next week.

The supermarket said they will make it easier for people to shop for others.

The Sainsbury’s boss said: “We know many of you are already shopping for friends, family and neighbours and we are very grateful to you for providing this community service.”

He added: “I mentioned in my last letter that we were launching a Volunteer Shopping Card to make it easier for people to shop for others. I am pleased to let you know that these are now available online.”

You can buy them online here. They are then emailed to a friend or helper as an E-gift card so they can shop in store on behalf of the vulnerable or elderly shopper.

Eligible customers have been identified by the government and Sainsbury’s has been in touch to let them know they can place an order.

When it comes to home delivery, Sainsbury’s has also made changes to that during the pandemic.

If you have managed to get a slot, you can no longer return unwanted substitute items on your doorstep.

Previously, if shoppers didn’t want the substitute, they could reject it on delivery. The refund would then be issued by the driver.

Now, however, drivers won’t accept unwanted substitutes and they won’t process refunds on the doorstep.

Sainsbury’s said this is a temporary measure to help staff social distance.

If you don’t want the substitutions, shoppers will have to call Sainsbury’s and ask for a refund.