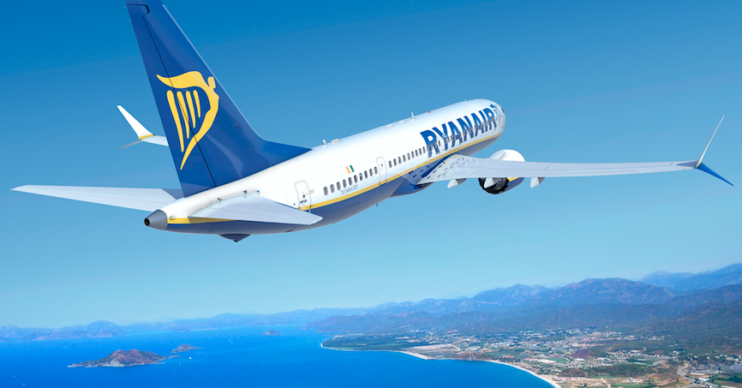 Cheaper summer holidays, but what about quarantine?

There could be good news in store for those desperate for a holiday once lockdown eases further.

Ryanair boss Michael O’Leary has announced he expects to cut the cost of flights by 50% this summer.

The “pile it high, sell it cheap” sale will be offered on flights in July and August.

The airline boss hopes the extreme measures will help to persuade Brits to travel abroad again.

At the moment, the Foreign and Commonwealth Office are advising against all but essential overseas travel.

He told the Mail on Sunday: “So we’re looking at carrying less than half last year’s July passengers at half the fares we charged last July and August.”

A lot of airlines are saying they will do fewer flights and keep the fares high. We would rather pile it high and sell it cheap.

O’Leary added: “We will dump prices to get people moving again. Once we start flying in July, we will sell at whatever price we can to fill as many of those seats as we can.”

It grounded 99% of its fleet when lockdown was announced in March.

O’Leary said the airline will be “lucky to carry five million passengers this July”.

O’Leary added: “A lot of airlines are saying they will do fewer flights and keep the fares high. But we would rather pile it high and sell it cheap. If we have to lose money for the next 12 months, then let’s try to lose the smallest amount of money by trying to sell as many cheap seats as we can.”

Read more: The full list of things you can do from today as lockdown eases

Ryanair will fly customers without social distancing on planes to avoid empty middle seats in most rows.

However, passengers and crew will have to wear face masks once on board.

Queuing for toilets will be banned. Passengers will instead be asked to ring a bell and listen to instructions from the crew.

The airline boss also said he expects holidaymakers to ignore the government‘s 14-day quarantine rules on their return to the UK.

From June 8, all visitors and returning travellers entering the UK will have to quarantine for 14 days. Spot checks and fines for breaching isolation will also be in place.

Aviation chiefs have also said the quarantine measures would “kill” the travel industry.

As such, airlines have come together to send a list of 45 countries they would like the government to exempt from the ruling.

Read more: Parents confused as kids are turned away at school gates on first day back

They want “air bridges” to be put in place instead.

This would see an agreement between two countries that would allow quarantine-free travel between the destinations.

Where you could go

It could mean Brits could visit countries including Cyprus, Mexico, Jamaica, Portugal, Spain, Italy, America, Canada, France and Greece and not isolate upon their return.

Head to our Facebook page @EntertainmentDailyFix and tell us if you’ll be travelling.