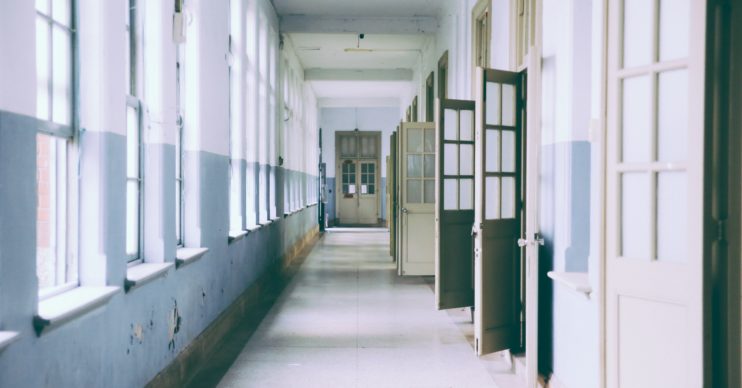 Chaos at the school gates

Millions of children returned to school today after Boris Johnson eased lockdown and allowed reception and Years 1 and 6 to head back to class.

However, many were reportedly met with chaos at the school gates.

Some schools even turned pupils away because headteachers “weren’t ready” for them.

Half of all parents with children eligible to return also decided to keep their children at home.

The Daily Mail reported that confusion reigned at several schools in the capital.

Read more: The full lists of things you can do from today as lockdown eases

Parents arrived to drop their children off at the gates and were told they couldn’t come in.

As a result, they were sent back home, where parents were expected to resume home schooling.

It’s very confusing, I don’t know what’s going on. The government appears to be saying one thing and the schools another.

Glauciane Conti’s Year 1 son was turned away from Winsor Primary School in east London this morning.

She said: “My son just went in to ask the teachers and they say it is not open as they are still making arrangements. I don’t understand. Now I have to go to work.”

Hanif Hazari was met with a similar scene as she took her Year 6 son to school in west London.

After arriving at Havelock Primary School, she said: “The playground was completely deserted so I went into the school office and they told me that the school has now decided to remain closed and they don’t have a date as yet as to when it will open.”

She added: “It’s very confusing, I don’t know what’s going on. The government appears to be saying one thing and the schools another.”

Up to two million primary school pupils were due to return to school today.

Read more: Vulnerable and elderly Brits can finally go outside today after 10 weeks of shielding

However, many schools are set to remain closed for another week.

Some don’t even have a scheduled reopening date in place.

For children retuning to schools that were open, things looked a little different.

The children were greeted by teachers wearing face masks and shields.

They then took the temperature of the child before he or she was allowed inside.

Parents were told to maintain social distancing as they dropped their children off.

Once inside, kids were instructed to wash their hands regularly.

Desks have also been moved apart to make social distancing easier to stick to.

Most teachers will have reduced class sizes and children will be taught in bubbles and not allowed to mix with other classes.

For those returning to reception, toys have also been put into storage. It’s thought they could contribute to the spread of coronavirus.

Head to our Facebook page @EntertainmentDailyFix and let us know if you were turned away.