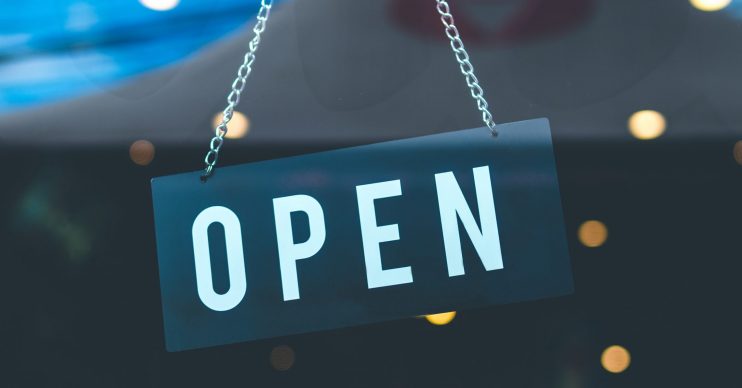 Coffee shops, restaurants and estate agents will be ‘first to reopen’ when lockdown eases

Coffee shops, restaurants and estate agents could be “the first to reopen” when lockdown lifts.

A report seen by government ministers has apparently confirmed the news.

It’s thought those business would pose least risk of spreading coronavirus, while they will also offer the greatest boost to the British economy.

All premises will have to undergo a makeover before they are allowed to reopen to comply with social distancing regulations.

The Sun reports screens will have to be installed and tables must be placed at a safe distance apart.

In it, they are said to call for a “limited reopening of high streets”.

The report said Britain must “learn to live with COVID-19” as it can’t be fully defeated until a vaccine is mass produced.

It’s thought this won’t happen for another 12 to 18 months.

The reported stated: “The initial focus for reopening the economy should be on sectors that have the greatest multiplier effects with minimum risks – such as coffee shops and restaurants which support agriculture.”

Earlier this week, KFC reopened 11 of its stores for delivery only.

While Burger King has said it will reopen four sites in Bristol, Coventry and Swindon for delivery only.

They will open from 8am till 2pm for takeaway and delivery only.

Tomorrow we’re reopening 10 shops close to hospitals so we can help frontline healthcare workers get more access to freshly prepared food. Our 50% NHS discount is back, and we’re making 7,000 extra meals a week to donate to our homeless charity partners, so we can continue to support the most vulnerable. Our priority is always to protect our teams and customers as best we can, and we’ve put in place a number of new social distancing measures to align with the government’s guidance. A huge thank you to our Team Members who have volunteered to make this possible. See the link in our bio to find out which shops are opening. With love, Pret

The report also spoke about the importance of estate agents.

It said: “The property market is another that has wide multiplier effects.”

The report also stated: “We need to avoid a stop-start economy which would sap public morale and damage business confidence yet further.”

They also argued that the younger generation should go back to work first.

While reopening schools should also be prioritised.

The news comes as Britain’s stand-in leader Dominic Raab prepares to announce the UK lockdown will be extended later today.

It’s thought that Brits will be ordered to comply with lockdown laws for at least another three weeks.

New Labour leader Sir Keir Starmer has demanded the government publish an exit strategy by the end of the week.

He said: “Of course I understand there is a broad discussion about what next, but we’re very clear about what people need to do now, which is stay at home.”