Fast food chain KFC is bringing its menu into the 21st Century with the addition of a zero-chicken burger.

The company has decided to relaunch its vegan burger, previously known as the Imposter Burger, for good - and it's coming very soon.

KFC's aptly named Vegan Burger will feature a Quorn fillet coated in the restaurant's famous 11 herbs and spices, served in a glazed bun along with lettuce and vegan mayonnaise. 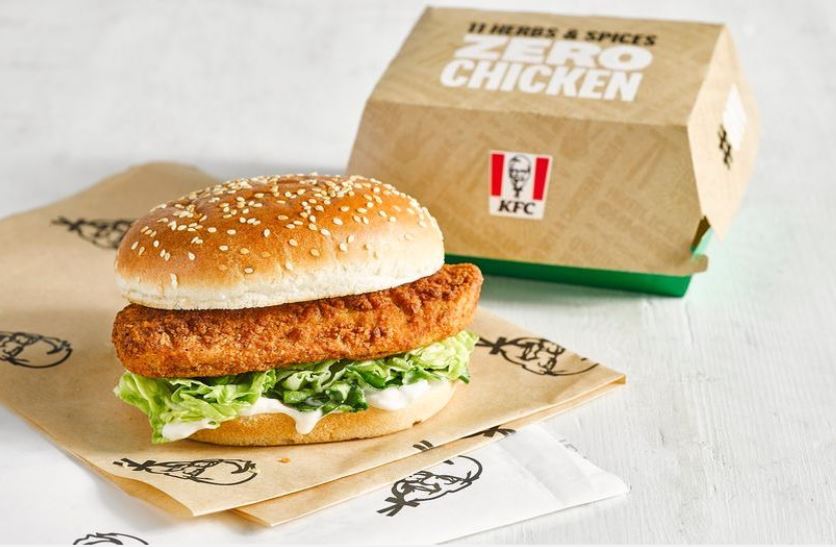 KFC UK and Ireland's innovation director Ira Dubinsky said, as reported by Metro: "The Colonel was all about welcoming everyone to his table – now vegans, flexitarians and our fried chicken fans can all enjoy the taste of our Original Recipe together.

"We've worked hard to perfect the flavour and make a Vegan Burger the Colonel would be proud of. It's the flavour of KFC, just with zero chicken."

Vegan charity Veganuary posted about the news on Twitter, writing: "The rumours were true. We can OFFICIALLY ANNOUNCE that @KFC_UKI are releasing a vegan '11 herbs and spices', zero chicken burger this Veganuary!"

🥳 The rumours were true. We can OFFICIALLY ANNOUNCE that @KFC_UKI are releasing a vegan '11 herbs and spices', zero chicken burger this Veganuary!
Available UK wide from the 2nd Jan. RT and share the news! Register for Veganuary today, it's free! 👉 https://t.co/2ClixXQFq9 pic.twitter.com/iZyQQZVGLd

KFC confirmed the news on its own Twitter page by sharing an article about the Vegan Burger - and it had some sharp responses for customers who weren't into the idea.

One Twitter user quipped: "Remind me again, Kentucky Fried what?"

But KFC simply replied: "Kentucky Fried Chicken, but with one vegan option."

A Vegan Burger the Colonel would be proud of.

Another said, with a crying emoji: "Dead to me. This isn't chicken."

And the restaurant tweeted back: "Yeah but most of the menu is..."

Someone else demanded: "How does the conversation go? 'Let's go to KFC for lunch and have a vegan burger'... really!?"

KFC told them, including a confused-face emoji: "Sounds like a reasonable conversation to me."

Kentucky Fried Chicken, but with one vegan option 🤷‍♂️

Yeah but most of the menu is...

The vegan option was trialled last summer as the Impostor Burger across KFC restaurants in London, the Midlands and Bristol.

According to the Mirror, it sold out in just four days as demand was more than 500% than company bosses predicted.

As a result, it's being added as a permanent menu item and will be available at KFC locations nationwide from January 2.