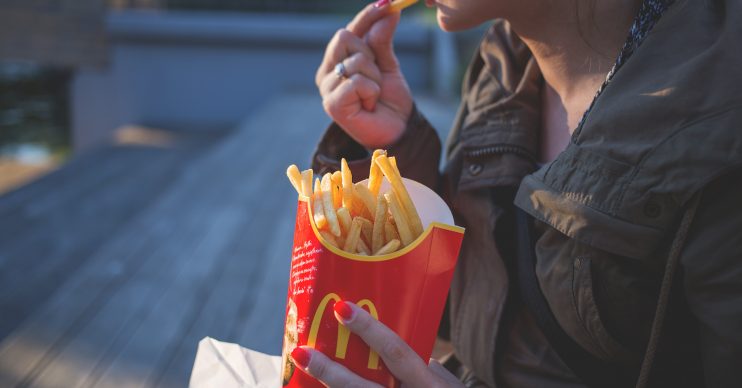 McDonald’s, KFC and Nando’s could be banned under NHS calorie cap plans

Other fast food chains are in trouble too

As the NHS plans a new “calorie cap” some of the country’s favourite fast food chains could find their products seriously affected – and even banned.

Chains such a McDonalds, KFC, Nando’s and Domino’s are under threat with the NHS wanting to slash the size of meals to just 950 calories.

Dame Sally Davies – the NHS’s outgoing Chief Medical Officer – has made the proposals in the same report that suggested we should ban eating on public transport to help tackle the country’s growing obesity crisis.

A blanket cap on calories for all portions of food and drink consumed out-of-home sounds like a knee-jerk and unfair measure.

Dame Sally insists ministers need to put health before profits and her hard-hitting report is sure to have ruffled feathers.

A KFC Mighty Bucket for One comes in at a whopping 1,155kcals.

A McDonald’s Quarter Pounder with cheese has 518kcal, but add in a side of fries at 337kcal and a chocolate milkshake at 380kcal and you’re looking at a total of 1,235kcal for the whole meal.

Both McDonald’s and KFC have calorie and nutrition information on their websites and in their restaurants for consumers to make informed choices about their meals.

Speaking to the Daily Star about the proposals, UK hospitality chief executive Kate Nicholls said: “A blanket cap on calories for all portions of food and drink consumed out-of-home sounds like a knee-jerk and unfair measure.”