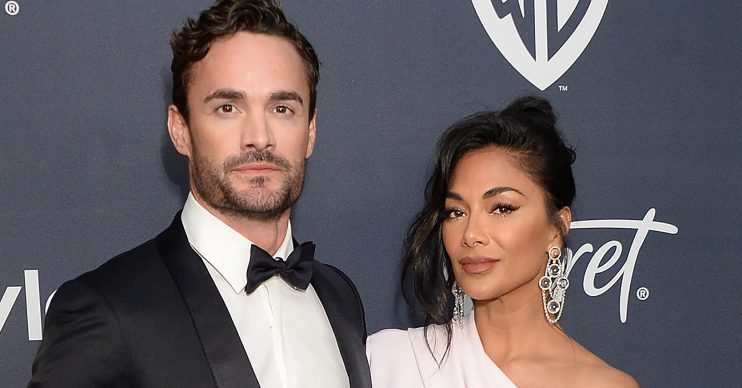 They were romantically linked after meeting on X Factor: Celebrity last year.

Now Nicole Scherzinger and Thom Evans have confirmed their romance as they made their red carpet debut at a Golden Globes party.

Nicole looked stunning in a floor-length pale pink one-shoulder dress as she cuddled up to Thom, who looked dapper in his tux.

They posed on the red carpet of the InStyle and Warner Brothers party in Los Angeles, with Thom affectionately placing his arm around Nicole’s waist.

Read more: Bradley Walsh announces 500 new episodes of The Chase have been commissioned

The pair first met in the summer, when rugby ace Thom and his Try Star bandmates took part in X Factor: Celebrity.

Nicole was on the judging panel.

Since then, the pair have been spotted enjoying cosy nights out, but had remained tight-lipped about their relationship.

The closest we came to a confession of romance was when Thom appeared on Loose Women.

He told the panel: “Who wouldn’t want to date Nicole? She’s gorgeous.”

Now though, both Nicole and Thom have posted their cosy red carpet picture to Instagram, with friends and fans quick to comment on the snaps.

“You two look divine together,” said one fan.

Nicole was previously linked to tennis ace Grigor Dimitrov and Formula One driver Lewis Hamilton, so she clearly has a very sporty type!