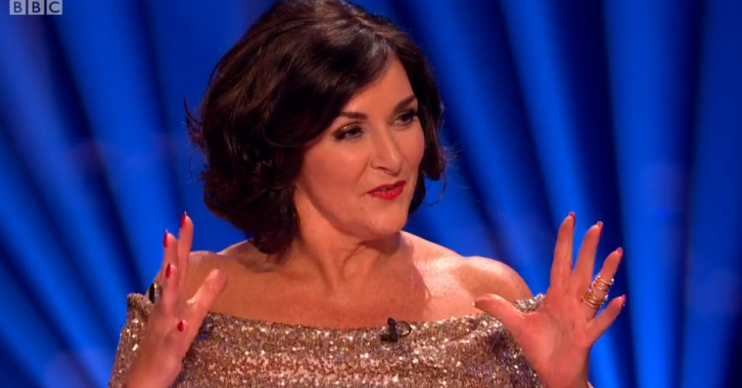 The former Emmerdale actor received 10s from all the judges for his quickstep with professional partner Oti Mabuse.

Giving her feedback, head judge Shirley had nothing but praise for Kelvin but stunned him with a remark about his “woodpecker”.

She told him: “It’s the semi-final and I’m wondering what’s going to happen out there.

Then your woodpecker – that was amazing.

“You stay connected and when you do your pendulant swings where your legs went out and then your woodpecker – that was amazing.”

Turning to Oti, Kelvin is seen saying: “I don’t know what a woodpecker is.”

Shirley clarified: “Where you tap your foot behind. Everything you did was great. Your foot work was…” as the stars and judges began laughing.

Such a relief my woodpecker was noticed.
Well, it was colder than normal in that studio!
😂😜

Host Tess Daly told Kelvin: “Look you’ve got them in bits and pieces, that’s the effect you have.”

Viewers found the moment hilarious and shared their thoughts on Twitter.

A third joked: “When did Kelvin get his ‘woodpecker’ out? I missed that.”

When did Kelvin get his “woodpecker” out?
I missed that 🤣#scd #Strictly

Shirley a bit too excited by Kelvin’s woodpecker.#strictly

Craig told him: “It really upset me actually because I couldn’t find much wrong with it.”

Viewers were thrilled for Kelvin too and are backing him to win the series.

@kelvin_fletcher has been the most consistent on #strictly @bbcstrictly and fully deserved his high scores in the semi final. Kelvin to win!

@kelvin_fletcher & @OtiMabuse have been my winners since week one. Amazing guys, you deserve to be in the final and you deserve to win. ♥️♥️♥️♥️ #Strictly