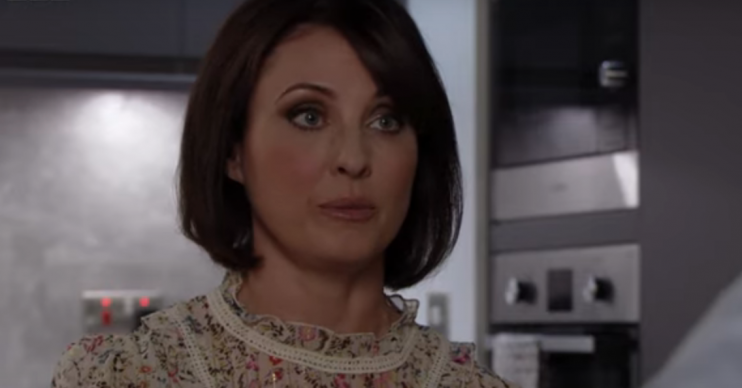 She's said to be 'prepared to quit' to get involved

According to The Sun, soap scriptwriters are “frantically” rewriting scenes in order to ensure the Honey Mitchell actress can dip out of Albert Square for eight weeks.

It is reported Emma, 41, was willing to walk away from the BBC One soap to sign up for the dance competition – but EastEnders bosses remain hopeful they can come up with an alternative arrangement that will see her character remain in Walford.

Emma – who first joined the soap in 2005 – is said to have told execs she wants to focus on her dance training because she is keen to win the 2019 series.

A source is quoted as telling the tabloid: “Emma was prepared to quit Albert Square in order to dedicate her time to Strictly, but scriptwriters are trying to think of ways to write her out for a few months instead.

“She is very musical, has natural rhythm, and is sure to do well.

“She’s also come from a bit of a dance background, so is hopeful this could open new doors.”

Despite her TV fame, Emma is also an experienced musical performer, having appeared on stage in Grease and Thoroughly Modern Millie.

She also took on the role of Roxie Hart in a touring theatrical production of Chicago for seven months in 2009.

Anneka Rice, BBC sports presenter Mike Bushell and Made in Chelsea cast member Jamie Laing have also been linked with this year’s Strictly line up.

It is believed Anneka was approached by Strictly bosses last year, but she didn’t take up the offer to take to the dance floor.

Mike, 53, is a familiar face to BBC Breakfast viewers and is perhaps best known for his on-air gaffes.

And Jamie is also said to be taking part in the competition after the Beeb changed its policy on casting reality TV stars on the series.