The star, 34, and her choreographer boyfriend reportedly tied the knot in front of 180 guests on Saturday (July 27), in a romantic ceremony held at a Tuscan vineyard just south of Florence, Italy.

As reported by HELLO! magazine, Leona went for three separate looks for her big day, starting out in a full-length white tulle gown as she came down the aisle to Ave Maria before before slipping into a beaded blush dress for the reception.

Later, at the party, she is said to have worn a crystal-embellished jumpsuit. 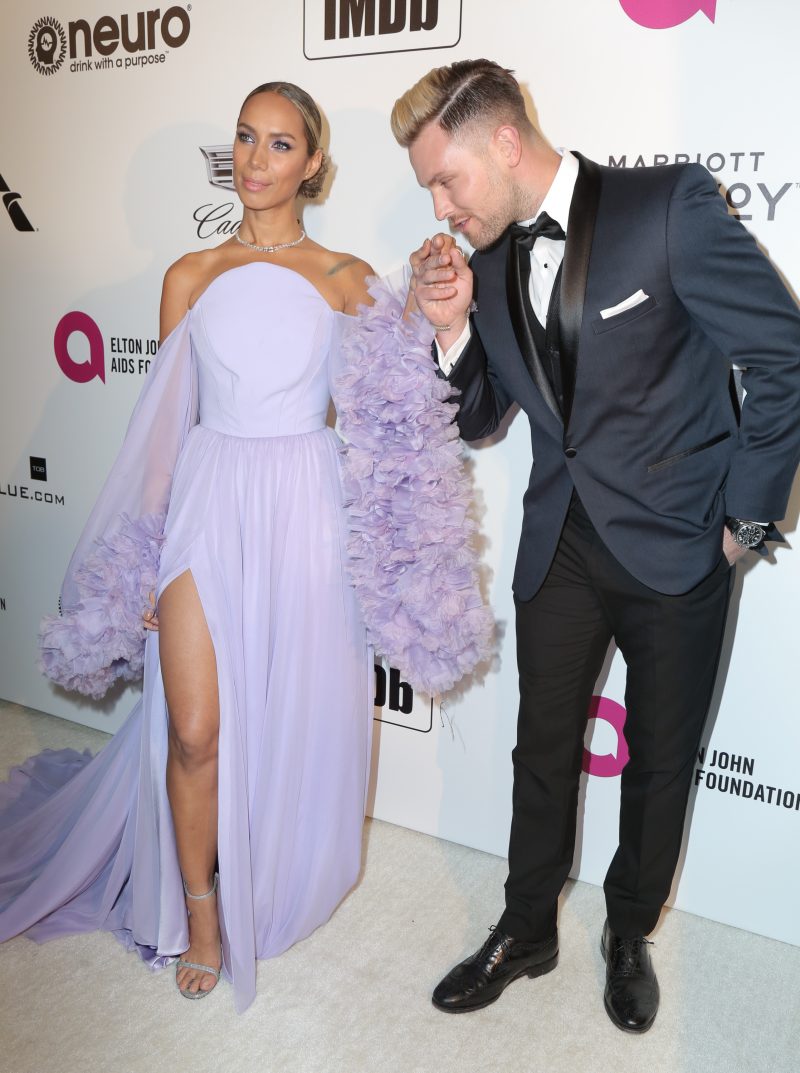 Leona and Dennis are said to have tied the knot in front of 180 guests (Credit: @KasperShah / SplashNews.com)

It emerged earlier this week that Leona was set to marry Dennis over the weekend.

A source told The Sun that the couple were flying their loved ones out to Italy for the occasion, revealing: "Leona is madly in love with Dennis and they are both so excited to get hitched this weekend.

"They have flown their nearest and dearest out to Italy for the ceremony and no expense has been spared.

Leona is madly in love with Dennis.

"She has spent months and months making sure everything is perfect for the big day and they have loads of pals coming from the UK as well as the US. Because they live in the States, their friends and family don't all get to meet up much, so it's going to be a really special day."

It follows reports that Leona is signing up to the new celebrity version of The X Factor, where she could face one of her former rivals.

The Bleeding Love hitmaker looks set to be joined on the new-format competition by Liverpool-born singer Ray Quinn, 30, against whom she competed on The X Factor in 2006.

Source told The Sun that bosses are "in talks" with Ray, who they claimed is "really keen" to get involved, particularly with Leona Lewis being linked to the show.

X Factor All Stars is one of two new shows reportedly set to replace ITV's flagship singing competition this year.

Leona competed against Ray on series three and won that year.