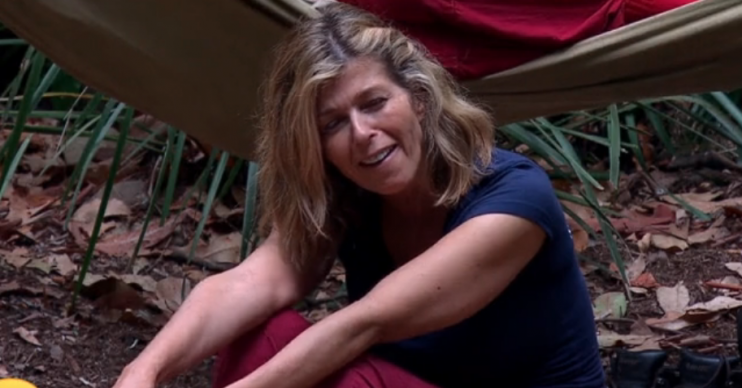 Kate Garraway’s kids would rather have I’m A Celebrity’s Myles Stephenson as their dad!

Myles Stephenson could have a shock in store for him when he leaves the I’m A Celebrity jungle and discovers Kate Garraway’s children are in favour of him being their new father.

The X Factor singer, 28, caused quite a rumpus with viewers when he declared during last night’s episode that he has a crush on Kate, 52 – and has previously slept with a woman older than his mum.

Good Morning Britain presenter Kate responded by suggesting she was flattered by the comment, saying: “That’s good to know because I think when you approach 50 it feels like you are no longer attractive.

“It’s a massive number and it feels like a big thing.”

She later reflected: “I think he might have been being kind – that was his charity work for the year!”

But it seems her kids Darcey and Billy may already have come to terms with the idea of replacing their dad Derek Draper with the Rak-Su star instead.

Who would you rather have as your dad? Me or Myles?

Both kids and Derek are currently out in Oz to support Kate when she leaves the ITV reality show.

And in a hilarious appearance on GMB this morning, they played along when asked who they’d prefer to have as a family member.

“What did you think about what Myles was saying about mum?” Derek asked his youngsters in a clip.

“Embarrassing,” complained Billy, while Darcey chimed in with: “Awesome!”

Derek continued: “Who would you rather have as your dad? Me or Myles?”

Without a moment’s thought, both kids said Myles, with Darcey adding: “Hands down!”

Back in the studio, Piers and the gang laughed like drains – and viewers were also amused.

“Lol such funny kids,” said another person on Facebook.

And another social media observed, in a message full of laughing emojis: “Darcey is so like her mum.”