Former Emmerdale actor Kelvin Fletcher is reportedly being considered for the next series of Dancing On Ice.

According to The Sun, the star impressed the show producers with his skating videos on social media so much they want him on the show.

A source said: "Kelvin is strong and he can skate. Producers have already seen videos of him skating already and are impressed. "Kelvin's name has come up a few times over the past weeks and they are keen on him."

Ent Daily has contacted reps for Kelvin and Dancing On Ice for comment.

In the meantime, Kelvin - who played Andy Sugden in the ITV soap - is getting ready for his strip on The All New Monty: Who Bares Wins on May 6.

The actor has been preparing for the show - which will see the stars perform a Full Monty-style striptease to raise awareness of male cancers - by getting spray tans and planning to shave his pubic hair.

Producers have already seen videos of him skating already and are impressed.

Kelvin will strip alongside Dancing On Ice professional Matt Evers and the pair recently said they have set their sights on making history on the skating show.

Kelvin told OK! magazine: "Matt and I want to be the first all-male couple on Dancing on Ice."

It has also been confirmed that Victoria Derbyshire and Coleen Nolan will be stripping off for a female version of the show following the success of last year's The Real Full Monty: Ladies Night.

Meanwhile, Kelvin recently joked he should stay away from Emmerdale because the soap has gone "from strength to strength" since he left. 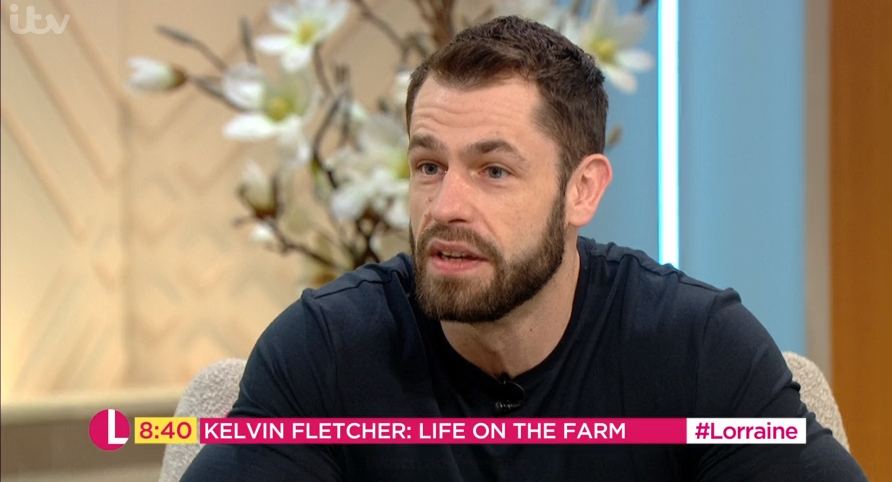 Kelvin joked he should stay away from Emmerdale because the soap has gone "from strength to strength" since he left (Credit: ITV)

He said during an appearance on Lorraine: "It'll be three years since I've left coming up this year. It's a terrific show and coincidentally it has started winning awards since I left.

"So maybe it's a good thing that I don't go back? Since I've been gone it's going from strength to strength.

"It's a fantastic show and richly deserves the awards they're receiving now. For me, I've very much moved on and I want to pursue other things. If I did want to go back in the future, who knows?"