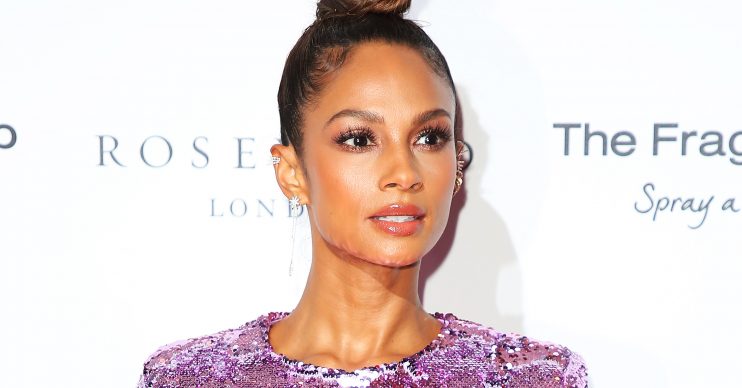 Pregnant Britain’s Got Talent judge Alesha Dixon has proudly showed off her bare baby bump in a makeup-free snap on social media.

The former Mis-Teeq singer, 40, delighted fans on Instagram with a photo of herself looking happy and radiant in a summery bikini, smiling as she looks off camera.

She captioned the post: “I have a lot to smile about lately! No makeup, no filters, just me and baby.”

Her adoring fans rushed to comment on the pic.

Another wrote: “Love this so much. Just so beautiful.”

Someone else put: “You are absolutely beautiful.”

Alesha opened up about the changes her body’s going through in a candid discussion on her podcast earlier this month, revealing her confidence by admitting she’s currently “the most comfortable” she’s ever been.

She said on Wear It’s At: “The great thing about getting older is you just care less. I’m the most comfortable I’ve ever been.

“It’s so interesting how people fear getting older. I turned 40 last October. I can honestly say I much prefer my body now to when I was in my 20s.

“After I had my daughter, I went through a phase where I was like, ‘Where have the boobs gone?’ Everything had changed.

“Then I came out the other side and had so much respect for my body. I felt more womanly.”

Alesha announced her pregnancy during the BGT semi-finals in May.

In the live show’s opening number, the judge stood up to show off her stomach and hosts Ant McPartlin and Declan Donnelly sang: “And Alesha is expecting!”

She then beamed: “Over the moon, yes. Lovely place to celebrate it.”

Alesha already has a five-year-old daughter, Azura, with her partner Azuka Ononye.

She has previously spoken of her desire to grow her family.

In an interview with You magazine, she said: “Not a day goes by without me longing for another baby.

“I don’t know whether it will happen given my age but I adore the idea of a large family and I hope I will be lucky.”