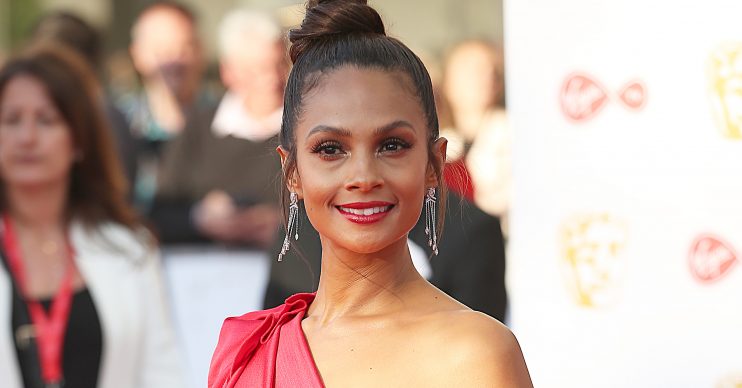 How is that possible?

Singer and Britain’s Got Talent judge Alesha Dixon has offered an unusual admission in a candid discussion about body hang-ups.

Speaking on the latest episode of her Wear It’s At podcast, the former Mis-Teeq star said that her current boyfriend, Azuka Ononye, is the only person she’s dated who has seen her feet.

Alesha, who is expecting a baby with Azuka, was speaking to model Jodie Kidd and self-confidence advocate Natalie Lee from the blog Style Me Sunday about body confidence issues.

She told them: “My partner that I’m with now is the first person that I’ve been with that’s seen my feet”

Alesha revealed she is keen to bring her kids up in a way that allows them to feel happy and confident with their bodies.

She explained: “I hope that I can raise my daughter to be comfortable in her skin and accept who she is, and not feel the pressure to have to try and look like everybody else.”

According to the Metro, the BGT judge said she is embracing her own body and the changes it is going through as she gets older.

“Whenever I speak to women that are getting older, they all seem okay with it,” she said, adding: “It just seems to be the media that has an issue with it.”

She said that people “should embrace” their bodies, particularly as they get older.

Alesha also opened up about the changes her body went through after giving birth to her first child Azura Sienna Ononye in 2013, telling listeners that she breastfed for a year and it took “another year after that for my boobs to actually have any kind of curve on them”.

In May, Alesha shared an adorable snap of Azura cradling her bump.

The pic showed the five year old hugging her mum behind the scenes of Britain’s Got Talent and was simply captioned: “My angel.”